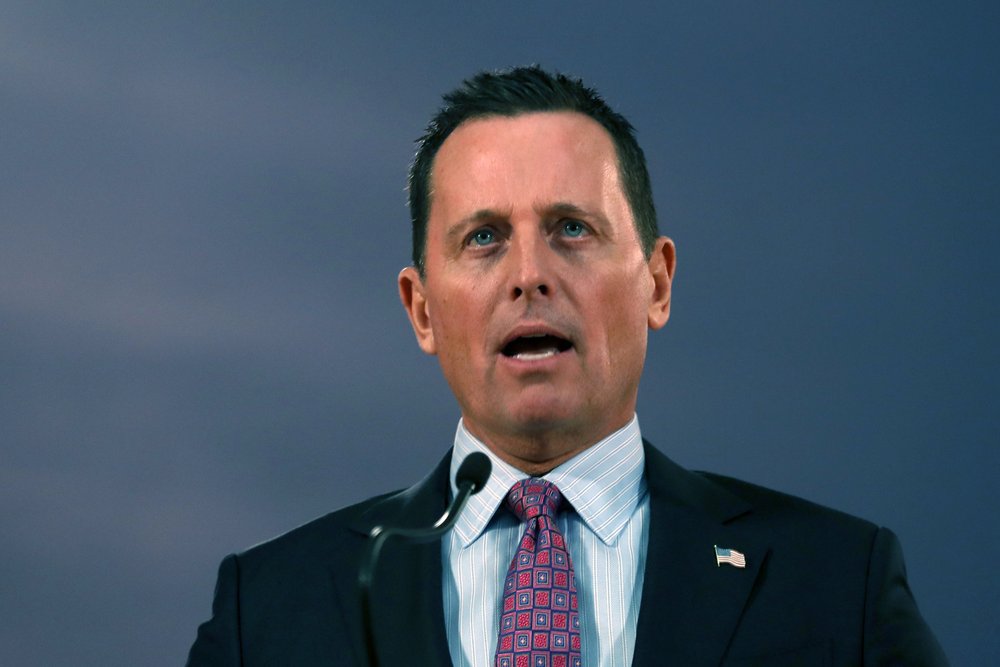 The US President Donald Trump's envoy for the Kosovo-Serbia dialogue, Ambassador Richard Grenell speaks during a press conference after a meeting with Serbian President Aleksandar Vucic in Belgrade, Serbia, Friday, Jan. 24, 2020. (Photo: AP)

Speaking after paying respects at a memorial in Pristina for Holocaust victims, Kosovo PM Ramush Haradinaj said the railway and air traffic deals would “not damage” Kosovo, adding that they would also push the country to repair its railway system, which is in “a miserable situation.”

At the same time, President Donald Trump’s special envoy, Richard Grenell, who helped broker the agreements, said in a statement to The Associated Press that further progress has been made in working out the details of the railway deal.

“We made good progress this morning on issuing a Letter of Intent on railway cooperation,” Grenell, who is the US ambassador to Germany, said after a meeting Monday in Berlin between the delegations. “The discussions went well enough that we also discussed other issues.”

Relations between Kosovo and Serbia have remained tense despite European Union-mediated negotiations, which started in 2011. They have been stalled since Haradinaj imposed a trade tax on Serbian goods in 2018.

Serbia doesn’t accept Kosovo’s 2008 declaration of independence, although its former province has been recognized by about 100 countries, including the US and most EU nations.

Last week, senior US officials brokered the air and railway agreements. First Serbia, Kosovo and German airline Lufthansa signed an agreement at the US Embassy in Berlin on the resumption of commercial flights.

It was not immediately clear when the railway traffic will start.

Grenell said Monday that “we will work to finish the railway Letter of Intent over email and over the next week or so.”

Xheme Veseli of Kosovo’s infrastructure ministry also said they were having “good talks” on resuming the rail link and had already agreed to “successfully end the talks in the next days.”

Grenell, who visited Pristina and Belgrade last week, urged both sides to focus on the economy, new jobs, and prosperity as the way toward normalizing ties. He called on Serbia to stop its international de-recognition campaign against Kosovo and on Pristina to lift the 100% tariff.