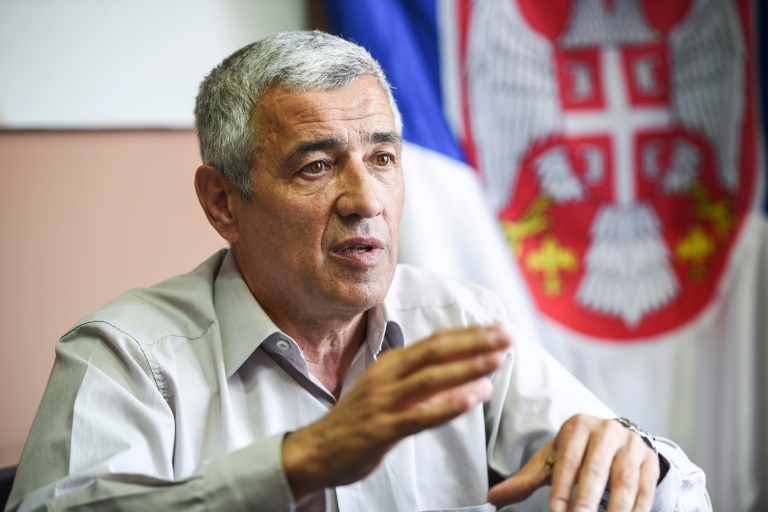 Ivanovic was a rare ethnic Serb politician in Kosovo to criticise Belgrade's policy towards its former province but was shot dead by unknown assailants outside his party's headquarters last year. (Photo: AFP)

Pristina has issued an international arrest warrant for a Kosovo Serb political leader who fled to Serbia after he was accused of links to a political assassination, a prosecutor said Wednesday.

The warrant is based on "serious suspicion" that Milan Radoicic, a political ally of Belgrade, was involved in the 2018 assassination of fellow Kosovo Serb politician Oliver Ivanovic, prosecutor Syle Hoxha told AFP.

Ivanovic was a rare ethnic Serb politician in Kosovo to criticise Belgrade's policy towards its former province.

He was shot dead by unknown assailants in the northern town of Mitrovica outside his party's headquarters.

But he was not at home.

The 41-year-old later spoke to Serbian media from an undisclosed location and insisted he had "nothing to do with Oliver Ivanovic's murder".

Since then he has frequently appeared in public in Serbia, where President Aleksandar Vucic has deemed him innocent.

On Wednesday Vucic reiterated that Serbian police and intelligence found Radoicic "did not participate in any way in the murder of Oliver Ivanovic".

Before he was killed, Ivanovic claimed that he and his family received threats over his criticism of Belgrade's policy towards Kosovo.

In off-record comments to media made public after his death, Ivanovic described how "informal centres of power" were calling the shots in the Serb-half of Mitrovica.

He named Radoicic as one of the key players.

Ivanovic had long maintained that crime, not ethnic divides, was the biggest curse in impoverished Mitrovica.

The unsolved murder is one of many simmering disputes between Belgrade and Pristina, whose relations are still in disarray 20 years after their war.

Most of Kosovo's 120,000 Serb minority remain fiercely loyal to Belgrade, which still denies the independence that Albania-majority Kosovo declared in 2008.