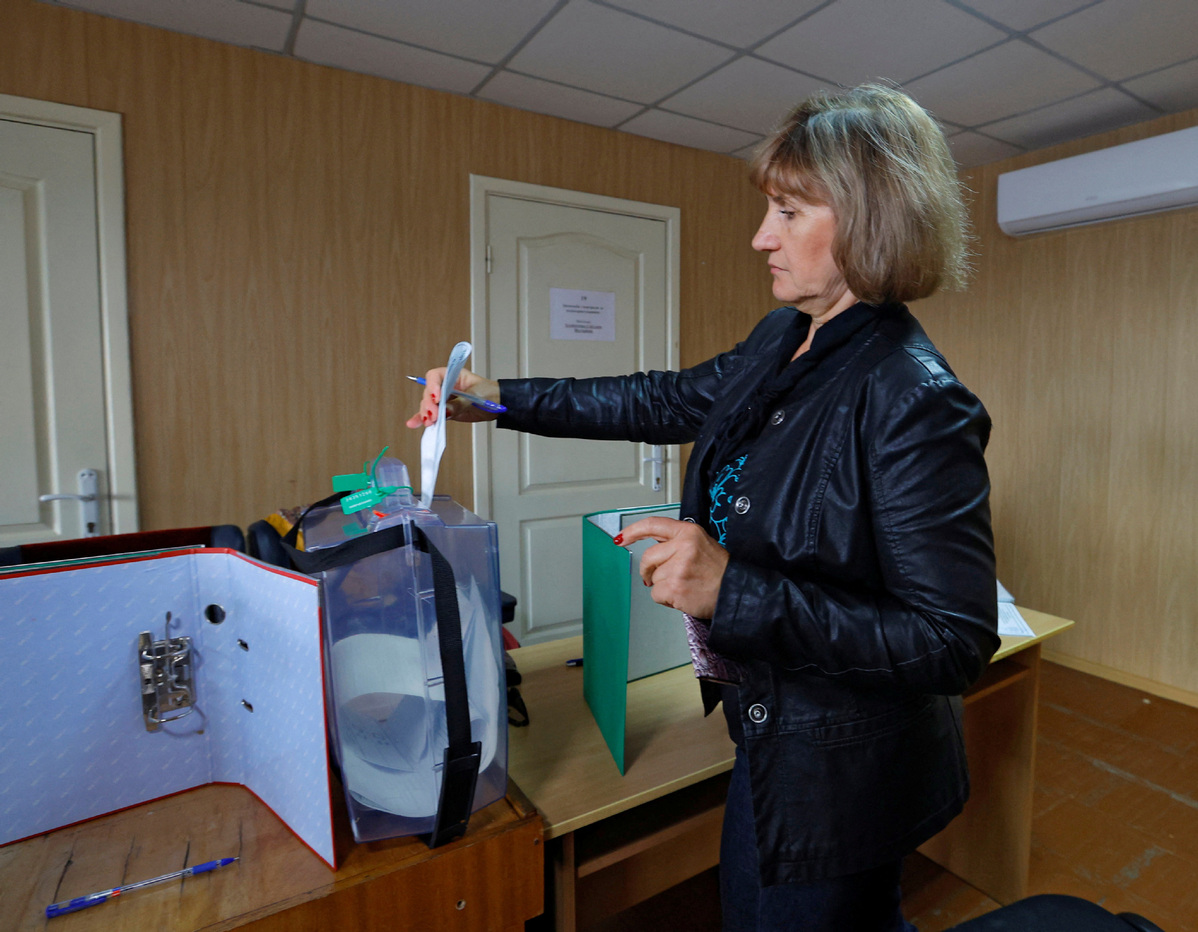 A woman casts her ballot during a referendum in the Zaporizhzhia region on its joining to Russia September 26, 2022. (Photo: Agencies)

The Kremlin on Tuesday announced the results of referendums held in four regions to determine whether they want to become part of Russia.

In Kherson, officials said more than 87.05 percent of electors supported the move after all the ballots were counted.

"Saving people in the territories where this referendum is taking place … is the focus of the attention of our entire society and of the entire country," Russian President Vladimir Putin said earlier during a televised meeting with officials.

Putin is expected to address the parliament about the referendums on Friday, and Valentina Matviyenko, who chairs the body's upper house, said lawmakers could consider legislation of incorporation on Oct 4.

Kremlin spokesman Dmitry Peskov said the votes would have "radical" legal implications and that the referendums "will also have consequences for security".

The referendums in the Lugansk and Kherson regions and parts of Donetsk and Zaporizhzhia began on Friday.

The ballots asked residents whether they wanted the areas to be incorporated into Russia.

Speaking to the UN Security Council by video over Russian objections, Zelensky urged additional military and financial support to defend Ukraine "so the aggressor would lose", and "clear and legally binding guarantees of collective security" for his country.