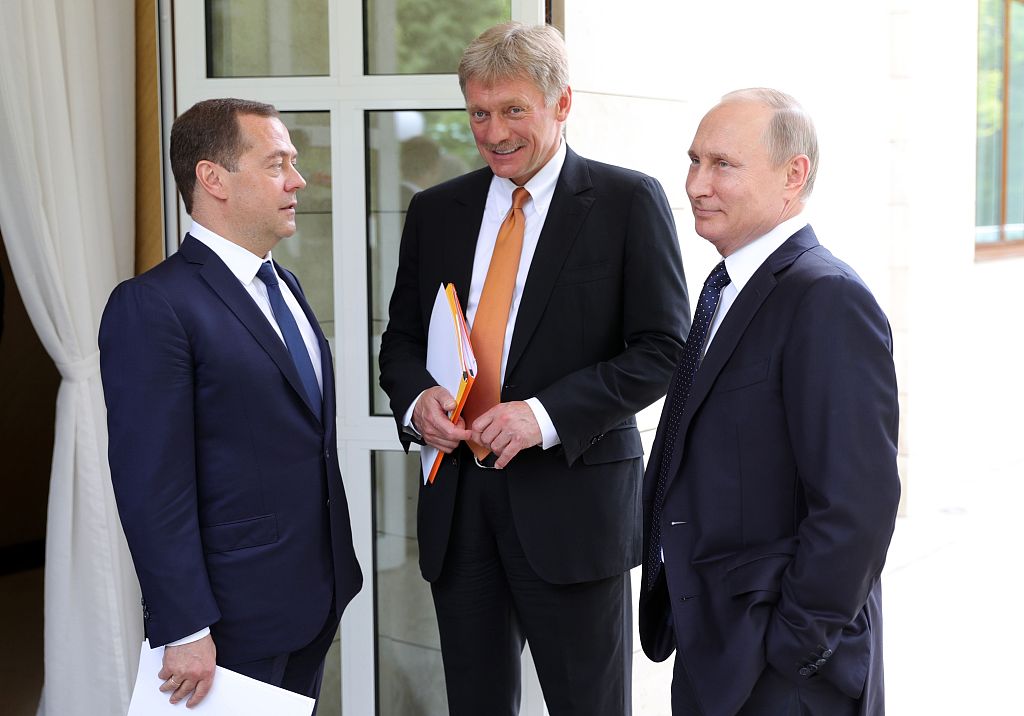 May 18, 2018 Russian President Vladimir Putin (R), the presidential spokesman Dmitry Peskov (C) and Prime Minister Dmitry Medvedev (L) speak before their meeting with German Chancellor in Sochi. The Kremlin on August 9, 2018 slammed as "unacceptable" US sanctions over Moscow's alleged involvement in a nerve agent attack in Britain, but said Russia still hopes for constructive relations with Washington. (File photo: VCG)

"This policy sometimes borders on racketeering. I mean various provisions of the draft law aimed at disrupting various energy projects of Russian companies, undermining the activities of Russian banks with state participation," Peskov was quoted by Russian news agency TASS as saying.

US legislators on Wednesday proposed a new bill to introduce tougher sanctions on Russia, due to its alledged meddling in the 2016 US election and recent moves against Ukraine.

"There is an absolutely concrete, pragmatic and aggressive trading approach behind such proposals, having nothing to do with international trade rules," added Peskov.

The Russian government has already taken measures to protect the country against various "racketeering attacks" of the United States, he said.

When asked about the impact of possible new US sanctions on the Russian economy, the Kremlin spokesman said the government has already developed and adopted a number of effective measures to hedge against such possible racketeering attacks.