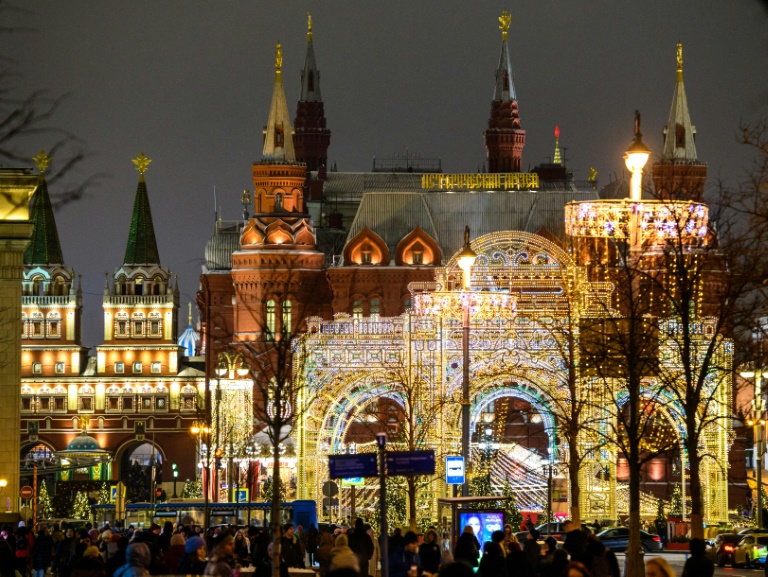 Russia on Wednesday dismissed as ridiculous reports questioning whether US President Donald Trump has acted as an agent for Russia as controversy mounted over his alleged ties to the Kremlin.

Trump has denied explosive news reports that he hid details of discussions with President Vladimir Putin and that the FBI investigated him as a potential national security risk who might be acting on behalf of Russia.

Asked about the issue by journalists in Moscow, Putin's foreign policy advisor Yuri Ushakov said: "Why comment on something stupid? How can the US president be an agent of another country?"

The aide said Russia's relations with the US were "at rock bottom" and "nothing has happened in the context of developing them."

Trump himself said on Monday that he "never worked for Russia" and told reporters: "It's a disgrace that you even ask that question."

The US president was responding to a report in The New York Times that said the FBI had opened an investigation into whether he was acting on Russia's behalf after he fired the FBI's then-director James Comey in 2017.

Trump slammed this report as "a lot of fake news" and called the then-leaders of the FBI who decided to investigate him "known scoundrels, I guess you could say dirty cops."

In addition, The Washington Post reported on what it said were unusual lengths taken by Trump to hide details of his conversations with Putin.

The Post story said Trump personally acted to prevent notes taken by his interpreter during one-on-one meetings with Putin from being shared with aides. He allegedly took the notes away and ordered the interpreter not to divulge the contents.

But the White House rejected the Post report, with spokeswoman Sarah Sanders calling it "so outrageously inaccurate it doesn't even warrant a response."

"President Trump has actually been tough on Russia," she said.

The bombshell reports came as Washington special prosecutor Robert Mueller presses on with a huge investigation into alleged Russian efforts to influence the 2016 presidential election -- and the possibility Moscow colluded with Trump's campaign.

Earlier on Wednesday, Russian Foreign Minister Sergei Lavrov wondered why the complex Mueller probe has been almost leak-proof, implying it had not turned up any strong evidence.

"No facts have been presented and there haven't been any leaks, which is very strange for the American political system," Lavrov told a news conference.

Asked whether the Kremlin had influenced the transparency of Trump's talks with Putin, he expressed disgust that US journalists were even covering the issue.

"For the American press, this is a lowering of journalistic standards," he retorted.

Suspicions over Trump's links to Russia have been fuelled by his past as a real estate developer selling to wealthy Russians and never-fulfilled plans to build a Trump Tower in Moscow, as well as his decision to hold his Miss Universe competition there in 2013.

During the 2016 election, Trump's campaign had numerous contacts with Russians.

Trump has rejected the conclusions of US intelligence that Russia meddled in the election and he fired Comey for resisting pressure to halt his investigation into Trump's campaign and Russia.