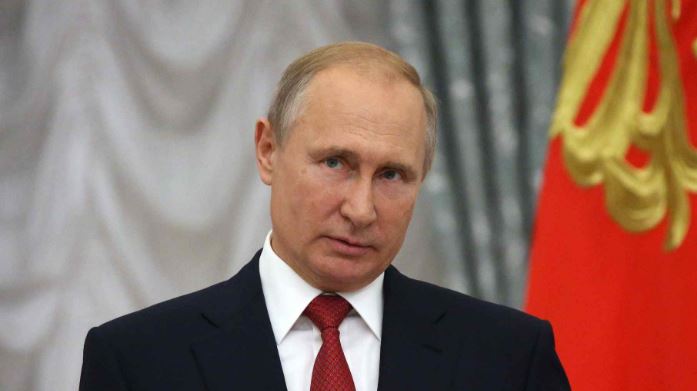 Russian President Vladimir Putin speaks during his meeting with national football team during the awards ceremony at the Kremlin on July 28, 2018 in Moscow, Russia. (Photo: VCG)

Russia said on Friday that new US sanctions on Moscow over an alleged nerve agent attack five months ago is "illegitimate."

Russian President Vladimir Putin discussed the issue of possible new US sanctions at a meeting with the country's security council members on Friday, the Kremlin said in a statement.

"Total illegitimacy of such actions from the point of view of international law has been underlined," the statement said.

The US State Department on Wednesday vowed to take punitive measures against Moscow over an alleged nerve agent attack on ex-Russian spy Sergei Skripal and his daughter Yulia in the British city of Salisbury in March.

Russia has denied the accusations and demanded direct participation in the investigation.

The Russian Security Council, a consultative body for the president, consists of key government ministers and agency heads.