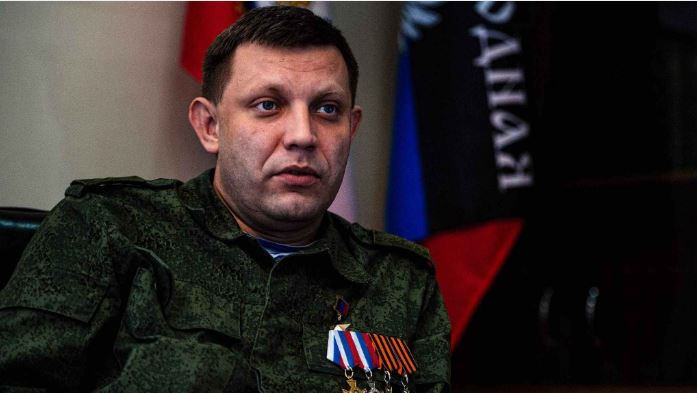 Zakharchenko's death "does not contribute to the formation of conditions for at least a promising start to the implementation of the Minsk agreements," Peskov told a daily briefing.

He called the murder of the Donetsk leader a provocation, and it remains unclear who was behind the attack.

"This is a blatant provocation aimed at hindering the implementation of the Minsk agreements," Russian Foreign Minister Sergei Lavrov said Saturday.

The Minsk agreements consist of a first protocol that the Ukrainian government and the rebels reached under the mediation of Russia, France and Germany in September 2014 in the Belarussian capital of Minsk, and a more detailed renewal of the agreement was signed in February 2015.

The Minsk agreements envisage a ceasefire, a withdrawal of heavy weaponry from the contact line, a prisoner exchange, and holding local elections in Donbass, among other measures.

Commenting on the murder, Lavrov said that under the present circumstances, it is impossible to hold a new round of the Normandy Four meeting involving Russia, Ukraine, France and Germany as Moscow is analyzing the "serious situation."

Zakharchenko, "president" of the self-proclaimed Donetsk People's Republic, was killed after his car blew up near a restaurant in Donetsk city on Friday.

Zakharchenko, 42, was elected in November 2014 during the so-called regional "presidential elections," which were held in the insurgent-controlled areas in Ukraine's Donetsk and Lugansk regions, together known as Donbass, amid harsh criticism from Kiev.

Since April 2014, the insurgents in eastern Ukraine have been involved in an armed confrontation with Ukrainian government troops. The fighting has killed more than 10,000 people so far.

The Minsk agreements have never been fully implemented, with Kiev and the insurgents accusing each other of breaching them.