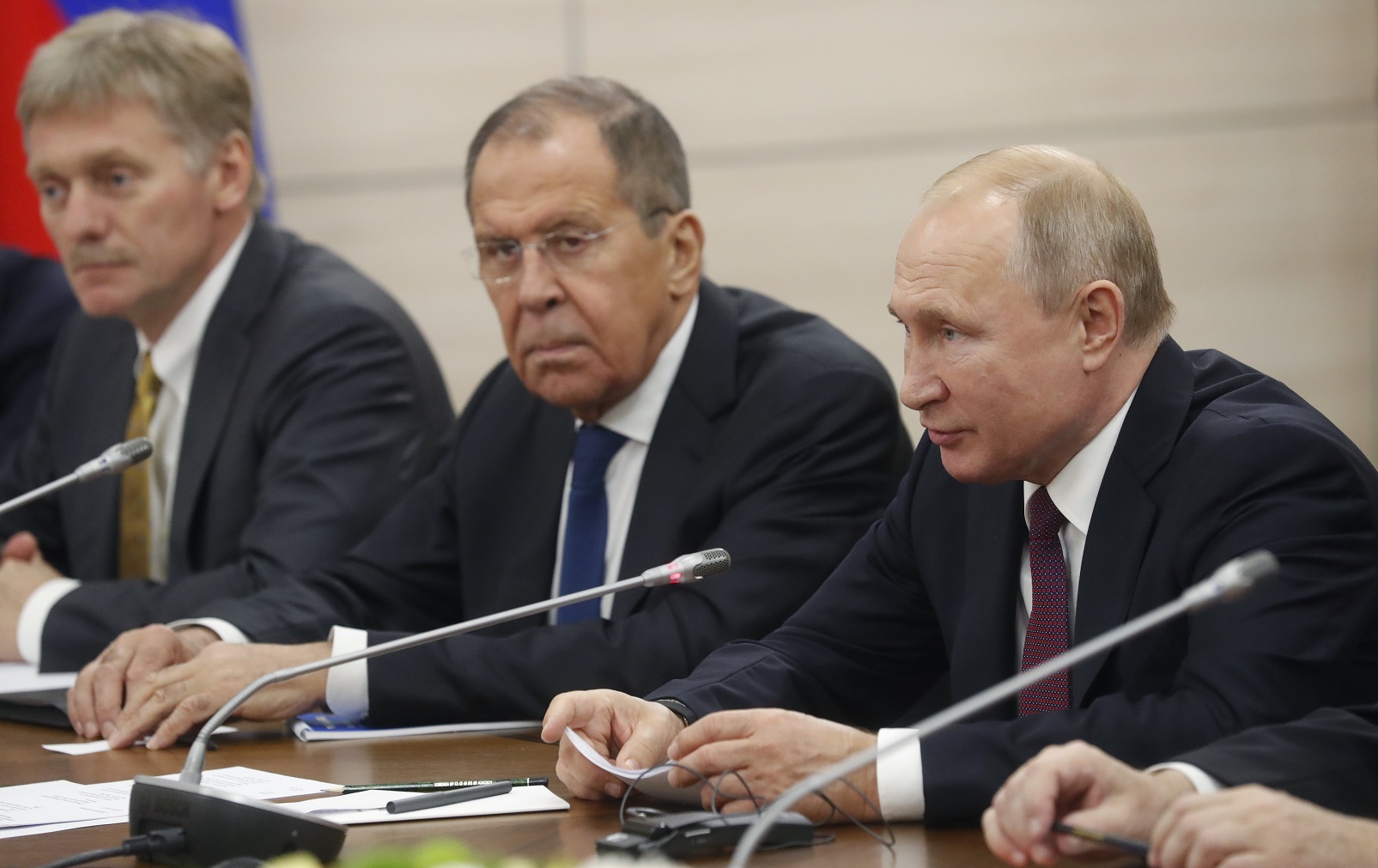 Photo: (From R) Russian President Vladimir Putin, accompanied by Foreign Minister Sergei Lavrov and the Kremlin spokesman Dmitry Peskov, attends a meeting with Ethiopia's Prime Minister on the sidelines of the 2019 Russia-Africa Summit in Sochi on October 23, 2019. /AFP

Russian President Vladimir Putin's spokesman Dmitry Peskov on Tuesday said he tested positive for the coronavirus and is in hospital, news agencies reported.

"I am ill. I'm being treated," Peskov was quoted as saying by Russian news agencies TASS and Interfax.