WORLD Kremlin: Vienna could be venue for possible Putin-Trump summit

Kremlin: Vienna could be venue for possible Putin-Trump summit 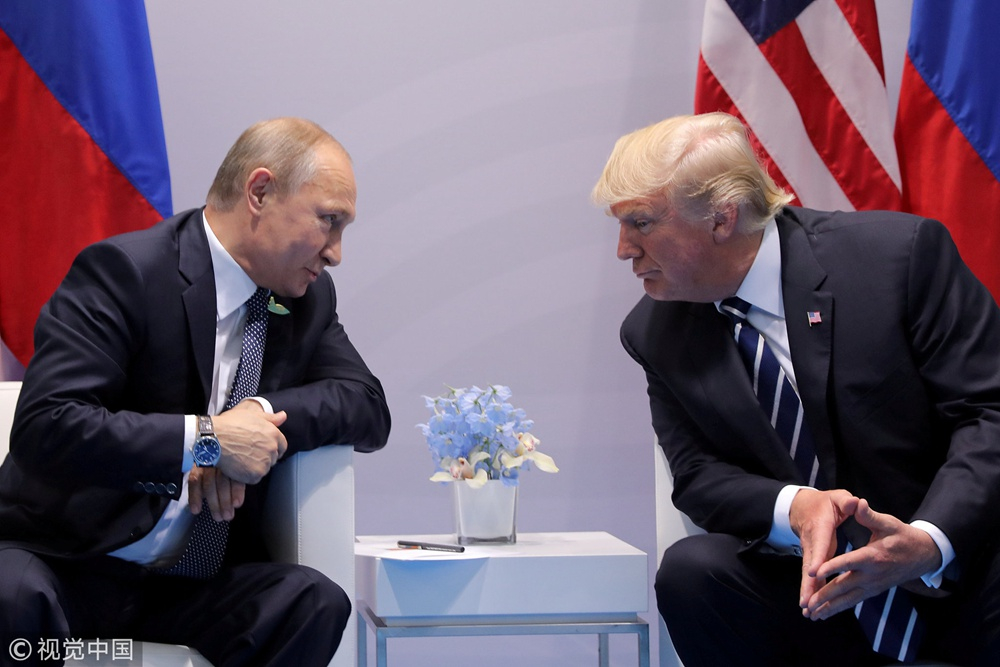 July 7, 2017: Russian President Vladimir Putin (L) talks to US President Donald Trump during their bilateral meeting at a Group of 20 summit in Hamburg, Germany. (Photo: VCG)

Austrian capital Vienna is one of the cities being considered as the venue for a possible summit between Russian President Vladimir Putin and his US counterpart Donald Trump, Kremlin spokesman Dmitry Peskov told reporters on Saturday.

Austria offered to host a meeting between the two leaders, a White House official said on Thursday.

Putin said on Saturday he hoped Moscow's relations with Washington would improve, but that the ball was in the United States' court, the Interfax news agency reported.

"I hope (an improvement in ties) also takes place. At any rate, we are ready for it. I think the ball is in the Americans' court," Putin was quoted as saying by Interfax.

Trump said in March that the two leaders would meet soon, but since then already poor ties between Washington and Moscow have deteriorated further over the conflict in Syria and the poisoning of a former Russian spy in Britain.

Putin said last month that the proposed summit was not working out for now and was beset by problems.

White House Press Secretary Sarah Huckabee Sanders confirmed in April that Putin and Trump had talked about potential locations of their summit, including the White House.

Putin and Trump held their first meeting on the sidelines of a Group of 20 summit in Germany in July 2017. They also spoke briefly to each other during an Asia-Pacific Economic Cooperation (APEC) meeting in Vietnam last November.