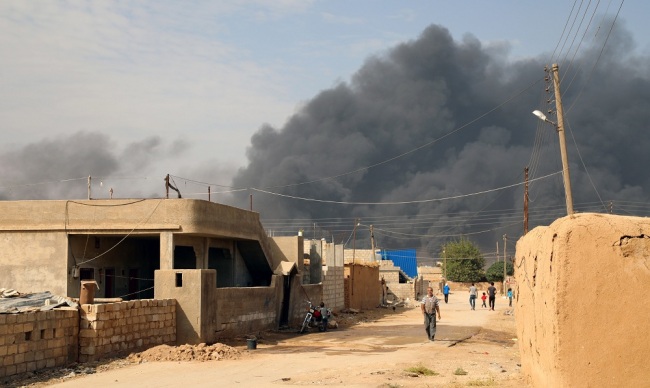 A general view showing smoke clouds rising from the scene of clashes between the Syria democratic forces (SDF) and Turkish troops and their Syrian opposition allies near Ras al-Ain town, northeastern of Syria on October 17, 2019. (Photo: IC)

The SDF commander Mazloum Abdi on Saturday said Kurdish forces would withdraw from a 120-kilometre (70-mile) long strip of Syrian territory along the Turkish border under a US-brokered ceasefire deal to stem a Turkish military offensive, as soon as they were allowed out of Ras al-Ain.