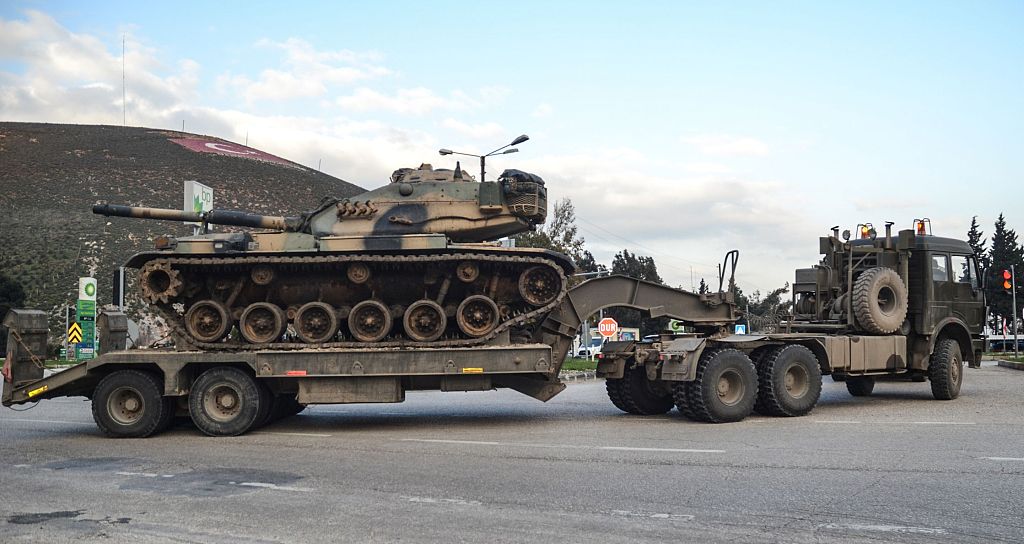 A picture shows a Turkish military convoy at Kirikhan, in Hatay region at the Syria border, on January 12, 2019. (Photo: VCG)

Citing Riad Dardar, the joint chief of the SDC, was quoted as saying that a security zone supervised by Turkey in northern Syria would be rejected.

"Turkey should have no hand in such area, neither do the extremist militants, which should not be allowed to get in or out of such a zone," he said.

He noted that the security zone, which was discussed by Turkey and the United States, should not be controlled by any of the conflicting sides.

It is worth noting that the SDC is the political wing of the Kurdish-led Syrian Democratic Forces (SDF), which is backed by the United States and has control over areas in northeastern Syria.

His remarks come against the backdrop of the recent remarks of Turkish President Recep Tayyip Erdogan, who said he agreed with U.S. President Donald Trump to impose a 32-km security zone along the Syrian border.

The Kurdish groups have found themselves trapped, since late December when Trump said he decided to withdraw American troops from Syria.

However, no concrete results have yet surfaced except for the fact that the Syrian Army has recently deployed its troops in the countryside of the Kurdish-controlled Manbij city in northern Syria near Turkey and is now on the frontline between the Turkey-backed rebels and the Kurdish-led militia.

A day earlier, the Syrian Foreign Ministry lashed out at the remarks of Erdogan about the security zone in northern Syria.

In a statement, the ministry said Erdogan's remarks and actions indicated that his country "only deals with the language of occupation and aggression," adding that Erdogan's actions "run against the simplest principles and charter of the UN."

It stressed that the Syrian government is determined to protect the territorial integrity of Syria and will defend the Syrian territory against any Turkish occupation.