KUWAIT CITY, March 22 (Xinhua) -- A nationwide curfew will be imposed in Kuwait to contain the spread of the coronavirus, the government announced.

At a news conference on Saturday night after an extraordinary government meeting, Tareq Al-Mezrem, the government spokesman, said the curfew will be imposed from 5 p.m. to 4 a.m. starting Sunday.

The government also decided to extend the suspension of work in all ministries and state agencies by two additional weeks, Al-Mezrem added.

In addition, the government decided to shut down all shops and central markets except for food stores, he said.

But online selling and buying operations are allowed, the spokesman added.

On Saturday night, Kuwaiti deputy Prime Minister Anas Al-Saleh said violators of the curfew will face up to three years' imprisonment and a fine of 10,000 Kuwaiti dinars (32,266 U.S. dollars).

The curfew comes as a result of non-compliance with health guidelines and instructions aimed at averting gatherings, he noted.

Kuwait suspend all commercial flights starting March 13 to curb the spread of COVID-19. 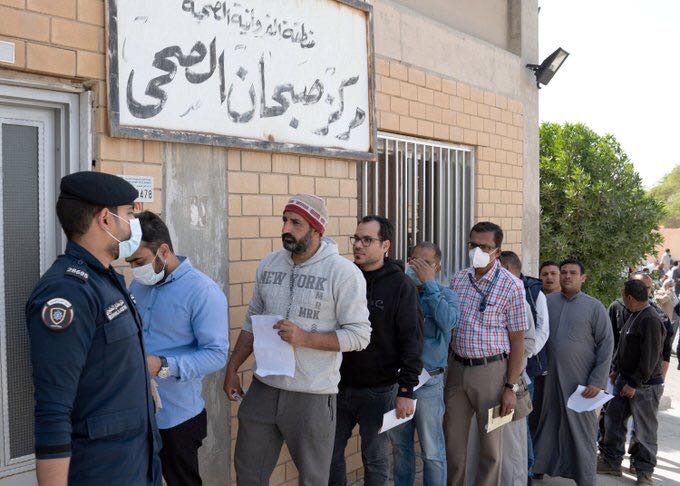