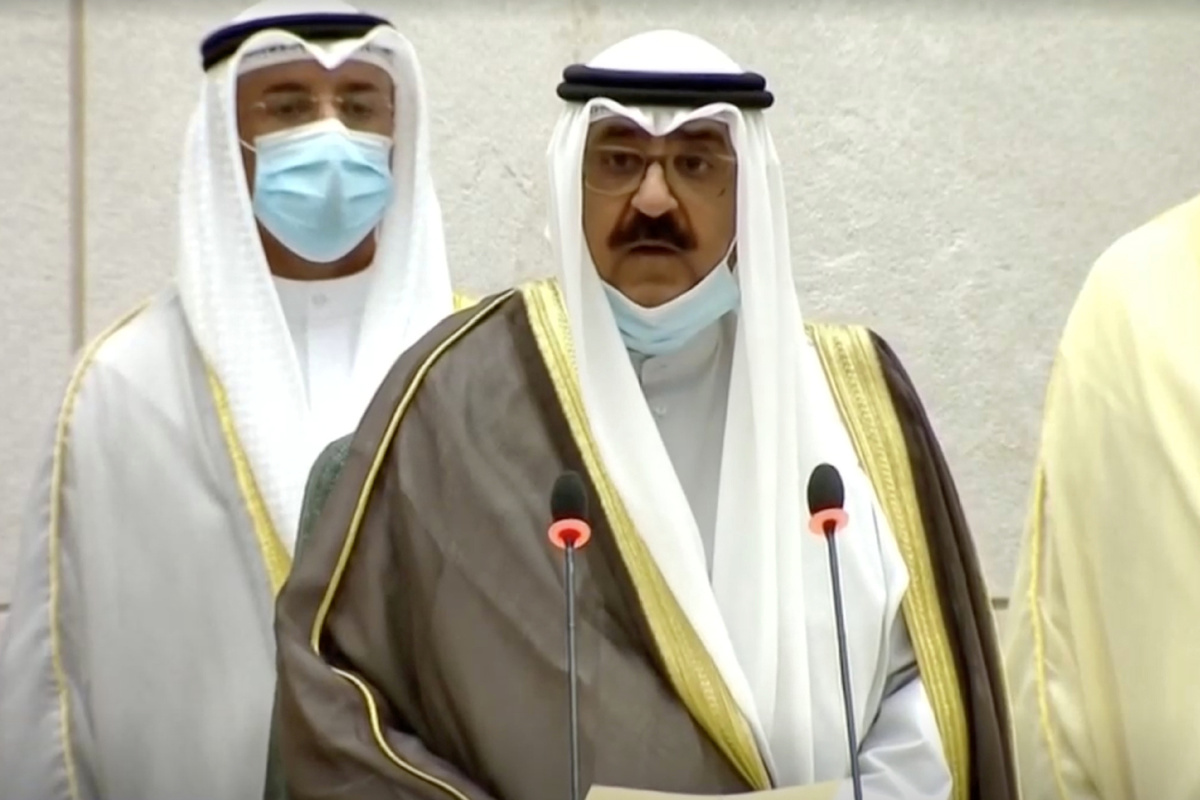 Kuwait's newly appointed crown prince Sheikh Mishaal Al-Ahmad Al-Jaber Al-Sabah is sworn in, at the parliament in Kuwait City, Kuwait, Oct 8, 2020, in this still image taken from a video. [Photo/Agencies]

"We would like to congratulate His Highness Sheikh Mishal Al-Ahmad Al-Jaber Al-Sabah for the unanimous pledge of allegiance as Crown Prince at the National Assembly," Marzouq Al-Ghanim, the parliament speaker, told a special session held on Thursday.

According to the Kuwaiti constitution, the Crown Prince shall be designated by the Emir within one year, at the latest, from the date of accession of the Emir.

The designation shall be effected by the Amiri decree upon the nomination of the Emir and the approval of the National Assembly, the latter of which shall be signified by a majority vote of its members in a special sitting.

If the nomination does not win the majority of the votes at the National Assembly, the Emir must submit three other names, one of which the parliament must approve.

Born in 1940, Sheikh Mishal Al-Ahmad Al-Jaber Al-Sabah is the seventh son of the 10th ruler of Kuwait and a brother of the previous emir who passed away on Sept. 29.

He has served as deputy chief of the Kuwait National Guard since 2004.