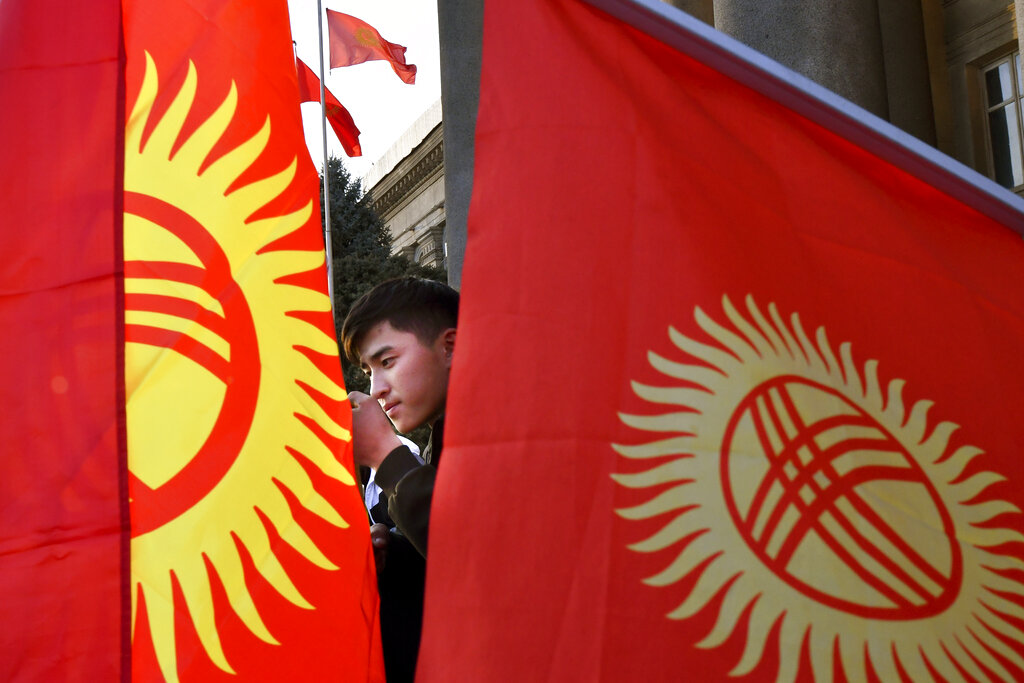 A man listens to a speaker during a rally in front of the government building in Bishkek, Kyrgyzstan, Wednesday, Oct. 14, 2020. (Photo: AP)

At a meeting with protesters in central Bishkek on Thursday, Zhaparov said that after the president resigned, Speaker of the Parliament refused to act as president. "The powers of the president and the prime minister were transferred to me."

Zhaparov was appointed the prime minister on Wednesday, replacing Kubatbek Boronov, who resigned amid protests.

The protests in Bishkek have started after the parliamentary elections, which were held in Kyrgyzstan on Oct. 4 with the participation of 16 political parties. Preliminary results showed that four parties crossed the 7 percent threshold to enter the parliament.

Some parties which failed to meet the threshold organized nationwide protests the next day, demanding the annulment of the elections. The protests led to clashes between the police and protesters.

The CEC said last Friday that it will set a time for new parliamentary elections by Nov. 6.

However, the protests are going on in Bishkek and the protesters demand the resignation of President Sooronbai Jeenbekov.

On Thursday, Jeenbekov announced that he has made the decision to resign.