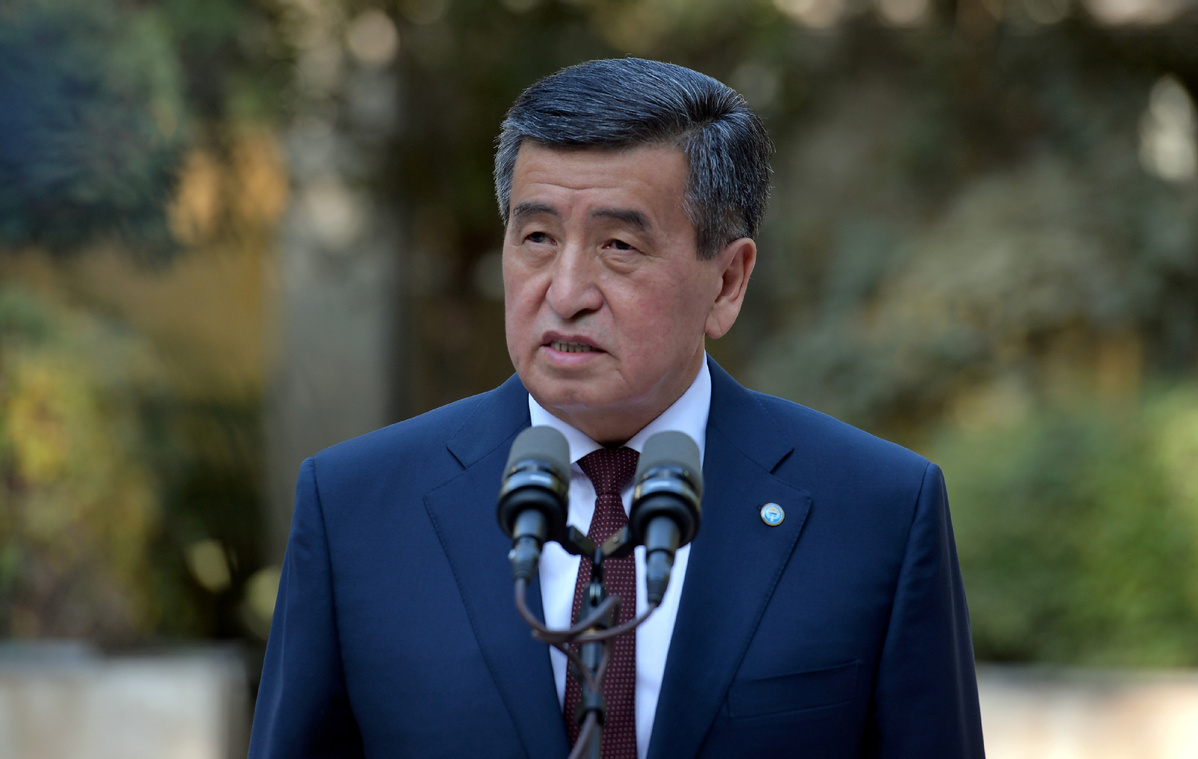 BISHKEK - Kyrgyz President Sooronbai Jeenbekov said calmness and social stability are more valuable than any deputy mandate in an address to the nation on Tuesday after protesters rally in the capital and clash with security officers.

"Using the election results as a pretext, they violated public order," he said, appealing to all citizens to remain calm.

"I urge the leaders of political parties to calm their supporters and move them away from their places of concentration. I call on all my compatriots to keep the peace and not give in to the calls of the provocative forces," Jeenbekov said in his address.

The Kyrgyz president suggested that the Central Election Commission (CEC) should carefully investigate alleged violations and, if necessary, annul the results of a parliamentary election.

The election, which was held on Sunday, saw 1,957 candidates from 16 political parties compete for 120 parliamentary seats.

According to preliminary results from the CEC, four parties have surpassed the 7 percent threshold to receive seats in the country's parliament.

A total of 590 people were injured and one person died in the overnight protests, according to latest data of the health ministry.

On Tuesday morning, protesters dissatisfied with the preliminary results of the election stormed and seized Kyrgyzstan's parliament and the building of the State Committee for National Security (GKNB).

According to a video published in social networks, protesters entered the White House, or the parliament building, where the parliament and the presidential office are located, and went to the GKNB building and released former President Almazbek Atambayev from the detention center there.

On June 23, Atambayev was sentenced to 11 years and two months in prison with confiscation of property on corruption charges.