Kyrgyz President Sooronbay Jeenbekov is "ready to resign" in a bid to end post-vote chaos enveloping the Central Asian country, he said in an address published Friday on his website. 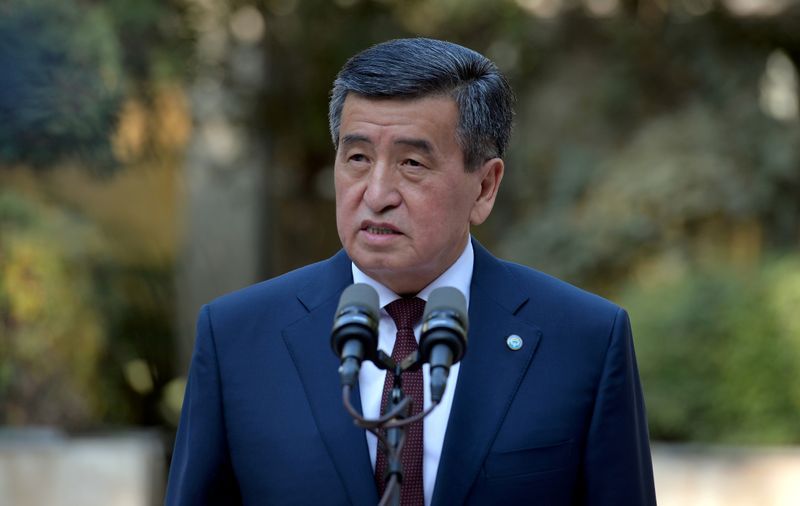 Jeenbekov said he could resign once a date for fresh elections had been set and changes in government had been confirmed by parliament and his office.

"After legitimate executive authorities are approved and we are back on the path of lawfulness, I am ready to leave the post of President of the Kyrgyz Republic," he said.