Kyrgyzstan on Saturday declared a state of emergency over the coronavirus outbreak with measures including travel restrictions and store closures after the Central Asian country reported 14 cases. 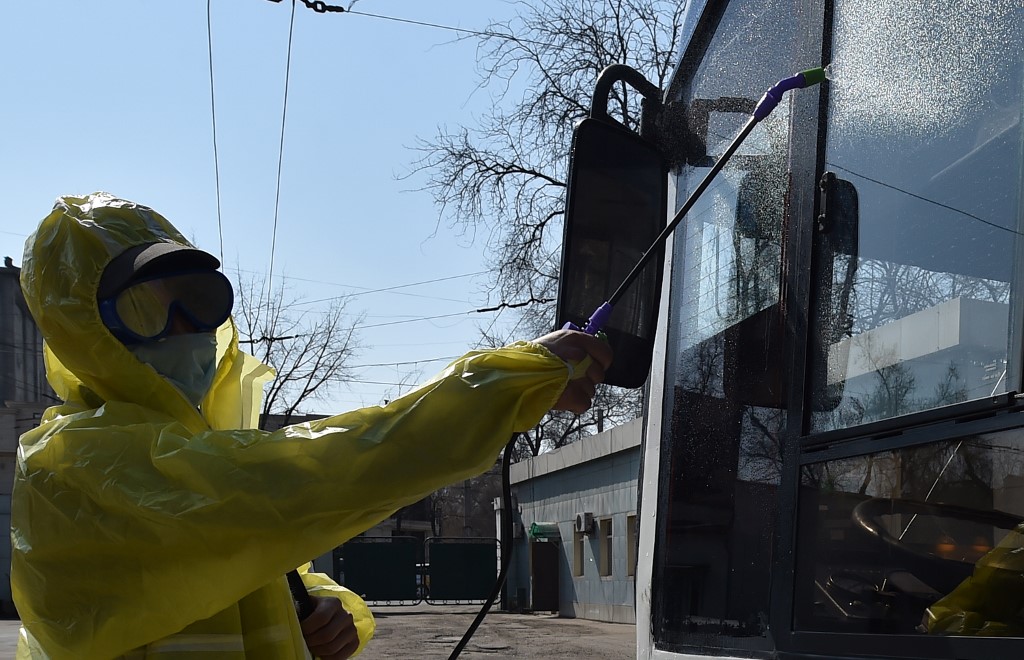 An employee wearing protective gear sprays disinfectant inside a trolleybus - as part of preventive measures against the COVID-19 coronavirus - in Bishkek on March 19, 2020. (Photo: AFP)

The emergency measures take effect Sunday and are to last a month in the ex-Soviet state, Kyrgyz Prime Minister Mukhammetkalyi Abylgaziev said.

The mountainous country of six million people on Saturday saw its tally rise by two cases.

The premier said regional officials were in charge of ensuring supplies of essential goods and medicines.

Emergency measures proposed by the national security council focus on the capital, the southern city of Osh and districts where cases have been confirmed, he said.

The mayor's office in Bishkek said that from Sunday it was closing non-essential stores except grocery stores, food markets and pharmacies.

It also announced a halt to privately owned minibuses running city routes, leaving only a basic service of trolleybuses.

"We ask you to stay at home and avoid using public transport," the city hall said in a statement, asking people to wear face masks and to not attend weddings, funerals or wakes.

Of the Central Asian countries formerly part of the USSR, oil-rich Kazakhstan has confirmed the most COVID-19 cases at 53, and it declared a state of emergency on Monday. Its two main cities went into lockdown on Thursday.

Uzbekistan has the second largest number of confirmed cases at 37 and this week completely closed its borders.