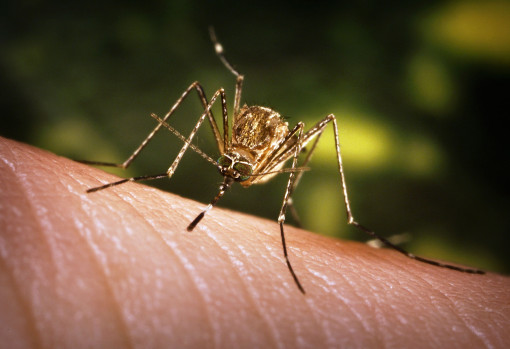 A resident of the San Fernando Valley region and a resident of the southeastern region of Los Angeles County are recovering after becoming ill at the end of July, said the release.

"Every year in Los Angeles County, we see cases of West Nile virus infection, which can be serious even deadly, especially for people over 50 and those who have existing health problems," said Health Officer Muntu Davis for Los Angeles County.

"Mosquito bites aren't just annoying, they may make you sick. So, everyone should take protective action by using mosquito repellent when outdoors and getting rid of items in their homes or yards that collect standing water where mosquitoes can breed," he said.

West Nile virus (WNV) is spread by the bite of an infected mosquito. Symptoms may include fever, headache, nausea, body aches, and a mild skin rash. WNV can affect the nervous system and result in meningitis, encephalitis, paralysis and even death.

People over 50 years of age and those with chronic health problems are at higher risk of severe illness. While not all mosquitoes carry this virus, the type of mosquito that spreads this virus is found throughout Los Angeles County, according to the public health department.

The department recommends actions to reduce the risk of West Nile virus infection, including avoiding mosquito-infested areas at dawn and dusk, wearing long-sleeved shirts and long pants when outdoors, and using repellents containing DEET, picaridin, or oil of lemon eucalyptus.

According to the public health department, the number of people infected with WNV each year in LA County is estimated to be more than 10,000.