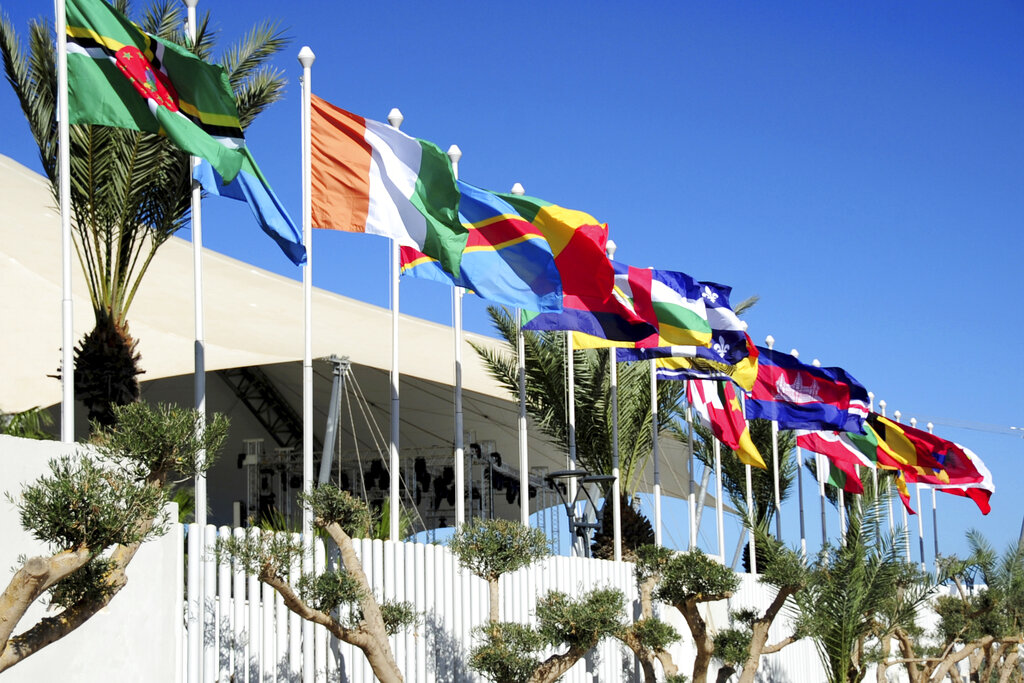 Flags of different countries wave in the wind on the eve of the 18th Francophone Summit in Djerba, Tunisia, Friday, Nov. 18, 2022. The summit is scheduled to take place on Nov. 19 and 20. (Photo: AP)

A total of 89 delegations from across the Francophone world, including those from France, Canada, Senegal and the European Council, as well as 31 heads of state and government attended the two-day event.

The biennial summit initially scheduled for 2020 was postponed due to the COVID-19 outbreak. The event in Tunisia belatedly celebrated the 50th anniversary of the La Francophonie, which was founded in 1970.