Lakers to visit China for NBA pre-season games against Nets 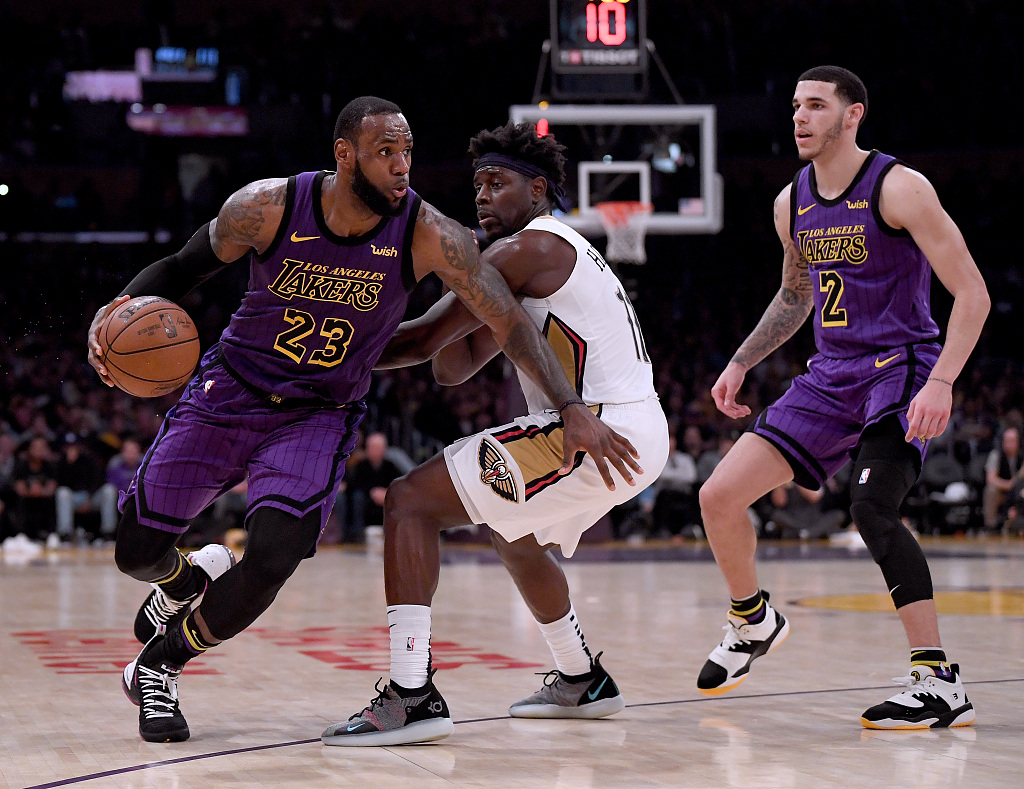 The LeBron James-led Los Angeles Lakers are set to play NBA pre-season games in China next October, facing the Brooklyn Nets in Shanghai and Shenzhen, the league announced Monday.

The 13th edition of NBA China Games will mark the 27th and 28th league contests in the nation since 2004, with the Lakers and Nets meeting October 10 at Shanghai and October 12 at Shenzhen.

It will mark the second appearance in China for the Lakers, who played pre-season games at Beijing and Shanghai in 2013.

"The entire Los Angeles Lakers organization is excited to return to China to play in front of the passionate Chinese fans," Lakers forward Kyle Kuzma said.

"During my visit to China, I was absolutely amazed by the fans' love and excitement for the game of basketball... I know the atmosphere at the games will be great."

The Lakers feature four-time NBA Most Valuable Player James, who has played in the past eight NBA Finals.

James, who left the Cleveland Cavaliers last July to join the Lakers, is averaging 27.3 points, 8.3 rebounds and 7.1 assists a game this season. The Lakers, 21-19, are eighth in the Western Conference this season.

The Nets, seventh in the NBA Eastern Conference on 20-21 at mid-season, will make their third trip to China after games in Beijing and Guangzhou in 2010 while based in New Jersey and in Beijing and Shanghai in 2014.

"It's an honor to help celebrate basketball's growth abroad and represent Brooklyn and the League on an international stage," Nets guard Caris LeVert said. "The Nets have a connection to fans all over the world and I'm thrilled to have the opportunity to visit China and play for our passionate Chinese fans for the very first time."

The league will conduct a day of fan activities as well as community outreach events in Shanghai and Shenzhen.

"These games are the pillars of our efforts to bring authentic NBA action to our Chinese fans," NBA China chief executive officer Derek Chang said.