The Lancet has become the latest science journal to urge Americans to vote for change in next week's presidential election, publishing a scathing editorial Friday that described the US pandemic response under Donald Trump as "disastrous". 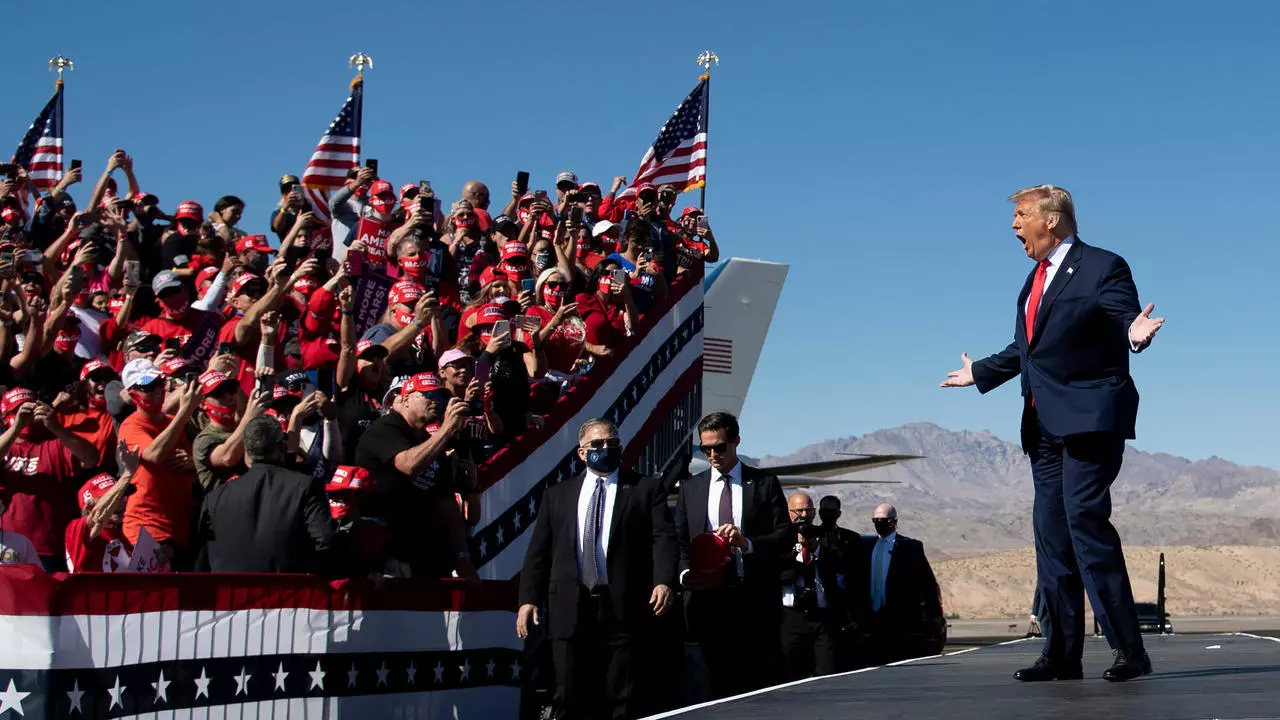 Trump has downplayed the dangerousness of the virus and called for businesses to reopen. (Photo: AFP)

The medical journal did not explicitly back Democratic challenger Joe Biden in its commentary, focusing instead on the issues it said had hindered the US from adequately tackling the "greatest public health crisis in a century".

It highlighted the country's "fraying social safety net, continual erosion of trust in the public sector, the perceived diminished responsibility of the federal government, and political interference with crucial public health apparatus" -- particularly in the Centers for Disease Control and Prevention.

These it said "have culminated in the disastrous US response to the coronavirus pandemic".

Trump's handling of the pandemic has been a key theme in the election campaign, with the president accused of undermining scientific institutions and spreading false information.

America is the world's worst-hit country, with 8.94 million cases, and on Thursday it announced a record number of new coronavirus cases, topping the grim milestone of more than 90,000 diagnoses in 24 hours.

The Lancet editorial said the US was experiencing a "continuing devaluation of science", as well as a range of rights inequalities.

The Trump administration had rolled back protections for individuals, workers and the environment, it said, adding that the country had turned inwards, with the US's intended withdrawal from international agreements and agencies like the World Health Organization.

"With so much loss and still more at stake, the 2020 presidential election is the opportune moment for the American electorate to embrace change for the better," it said.

It urged voters to "reject the stagnancy of complacency, to exchange a view bereft of intention with a vision of progress, and to rejoin the global community in the pursuit of a more equitable and sustainable future".

Several other major scientific publications have issued caustic assessments of Trump's legacy on health and science in the weeks leading up to the November 3 polls.

Earlier this month the journal Nature, one of the world's most prestigious scientific publications, said it was backing Biden for US president.

Its editorial said "no US president in recent history has so relentlessly attacked and undermined" vital institutions such as scientific agencies, the Department of Justice and the electoral system itself.

It excoriated Trump for pulling out of the 2015 Paris climate accord and the Iran nuclear deal, as well as for his attacks on the WHO -- something it labelled "unthinkable during a pandemic".

Earlier in the month, the New England Journal of Medicine slammed the US's "astonishing" failure to bring Covid-19 cases and deaths under control, but stopped short of explicitly endorsing Biden in next month's election.

But the election has caused other publications to break with tradition and endorse a White House candidate.

Last month, for the first time in its 175-year history, US magazine Scientific American endorsed a candidate, saying it was opting for Biden.

"We do not do this lightly," the editors wrote in a sulphuric anti-Trump editorial published online for the magazine's October issue.

"The evidence and the science show that Donald Trump has badly damaged the US and its people -- because he rejects evidence and science," they wrote.