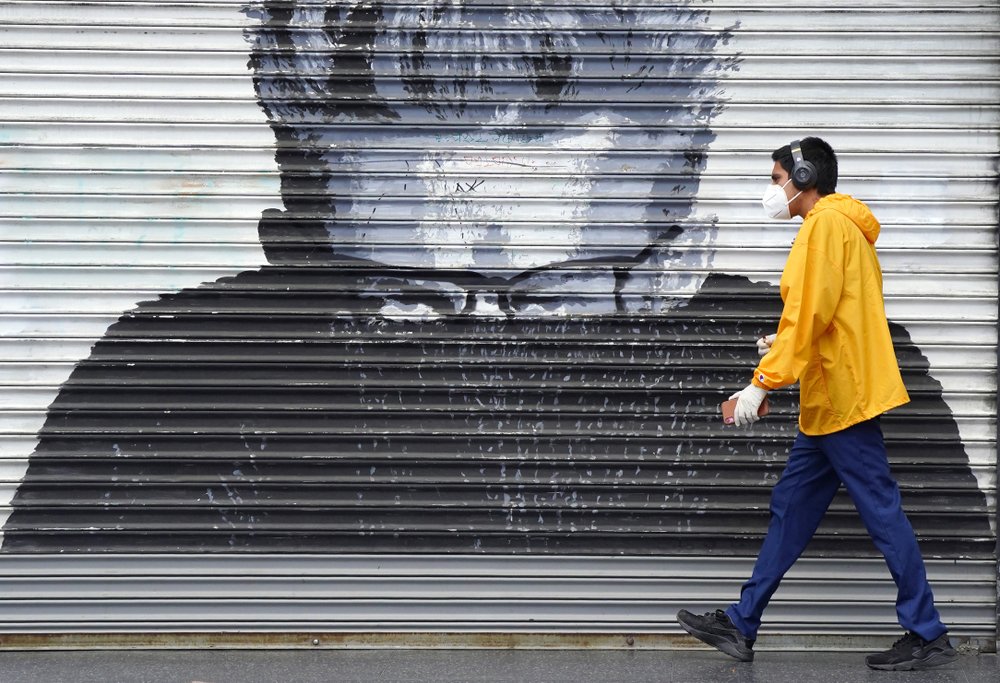 A pedestrian in a mask during the coronavirus outbreak walks by a mural of the late actor James Dean on Hollywood Boulevard, Saturday, April 4, 2020, in Hollywood section of Los Angeles. (File photo: AP)

The British medical journal Lancet on September 12 published an editorial blasting the US for jeopardizing global cooperation in the fight against the coronavirus pandemic.

“Science has become increasingly politicized, with multiple and conflicted interests at play, and often little sense of solidarity within or between nations,” the editorial wrote. “Countries are now undermining global cooperation through rising nationalism, open hostility toward multilateral institutions, and a growing tendency to look after their own interests.”

The editorial also said that the 75th session of the UN General Assembly, which began on Tuesday with the theme of multilateralism, comes at a time when global collaboration and cooperation are in disarray. The US, for example, is opting not to join COVAX, the COVID-19 Global Access Facility that aims to rapidly develop and equitably distribute effective vaccines.

“Instead, the USA has secured bilateral deals with several pharmaceutical companies for millions of doses of promising COVID-19 vaccines,” the editorial added. “Similar deals have been struck by Australia, the EU, and the UK. In July, Médecins Sans Frontières warned that ‘These bilateral deals will reduce the initial global vaccine stocks available for vulnerable groups in poorer countries and undermine global efforts to ensure fair allocation.’”

Early in May, the Lancet, one of the world’s oldest and best-known medical journals, slammed US President Donald Trump for his administration’s response to the pandemic, describing it as inconsistent and incoherent.