A landslide Friday at a tourist campground in Malaysia left 16 people dead and authorities said 17 others were feared buried at the site on an organic farm outside the capital of Kuala Lumpur. 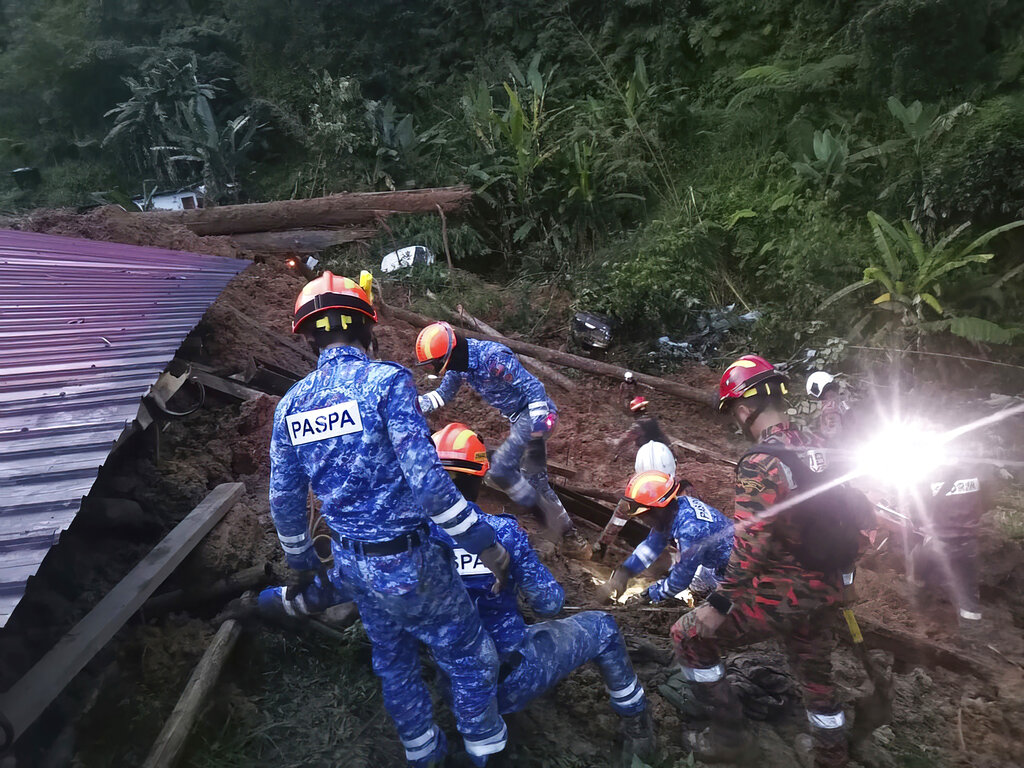 An estimated 94 Malaysians were believed to have been at the campsite in Batang Kali in central Selangor state, around 50 kilometers (31 miles) north of Kuala Lumpur, when the incident occurred, said district police chief Suffian Abdullah.

He said the death toll has risen to 16, including a five-year-old boy. Seven people have been hospitalized with injuries and rescuers were searching for the estimated 17 missing people, he said. Another 53 people were rescued without harm.

Suffian said the victims had entered the area, a popular recreational site for locals to pitch or rent tents from the farm, on Wednesday. More than 400 personnel, including tracking dogs, were involved in the search and rescue efforts.

The Selangor fire department said firefighters began arriving at the scene half an hour after receiving a distress call at 2:24 a.m. The landslide fell from the side of a road from an estimated height of 30 meters (98 feet) and covered an area of about three acres (1.2 hectare). It posted photos of rescuers with flashlights digging through soil and rubble in the early hours of the morning.

Some families with young children who were rescued took refuge at a nearby police station. Survivors reportedly said they heard a loud thundering noise before the soil came crashing down.

Leong Jim Meng, 57, was quoted by the New Straits Times English-language daily saying he and his family were awakened by a loud bang "that sounded like an explosion" and felt the earth move.

"My family and I were trapped as soil covered our tent. We managed to escape to a carpark area and heard a second landslide happening," he told the newspaper. He said it was surprising because there was no heavy rain in recent days, only light drizzles.

The campsite is located on an organic farm not far from the Genting Highlands hill resort, a popular tourist destination with theme parks and Malaysia's only casino. Access to roads leading to the area have been blocked.