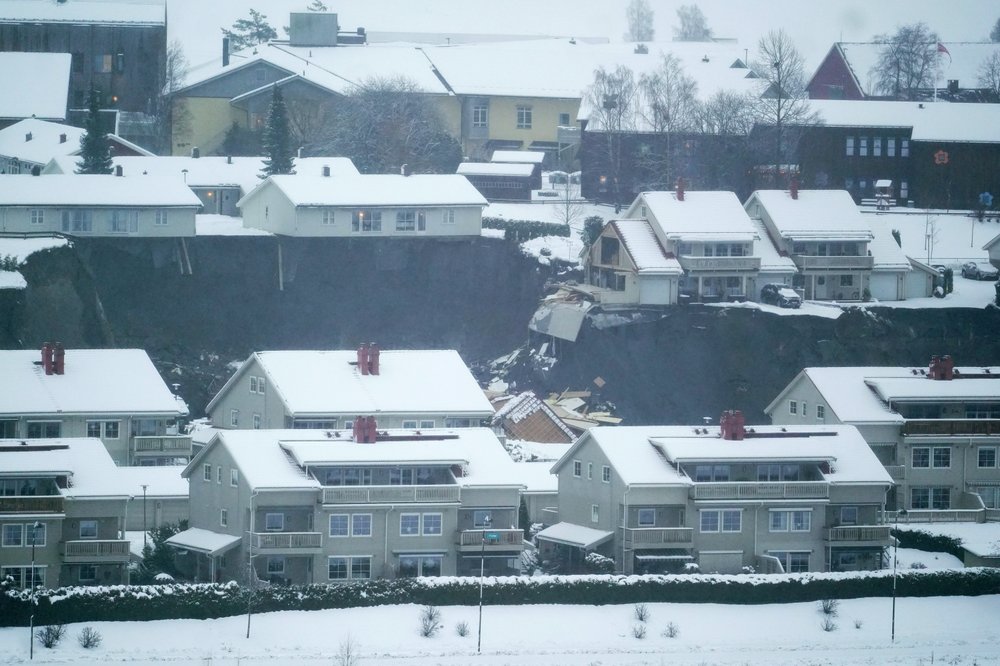 Some houses remain standing while others are seen damaged after a landslide occurred in a residential area in Ask, near Oslo, Wednesday, Dec. 30, 2020. (Photos: AP)

A landslide smashed into a residential area near the Norwegian capital Wednesday, injuring at least 10 people, leaving 21 unaccounted for and destroying several homes, authorities said. Some 700 people were evacuated amid fears of further landslides.

Norwegian police were alerted at 4 a.m. to the slide in the village of Ask, in the municipality of Gjerdrum, some 20 kilometers (12 miles) northeast of Oslo.

The landslide cut across a road through Ask, leaving a deep ravine that cars could not pass. Video footage showed dramatic scenes including one house falling into the ravine. Photos showed at least eight homes destroyed.

Police spokesman Roger Pettersen told Norwegian media there were no reports of missing, but officials could not rule out the possibility of people in collapsed buildings. He said some 21 people registered to live in the area are uncounted for. 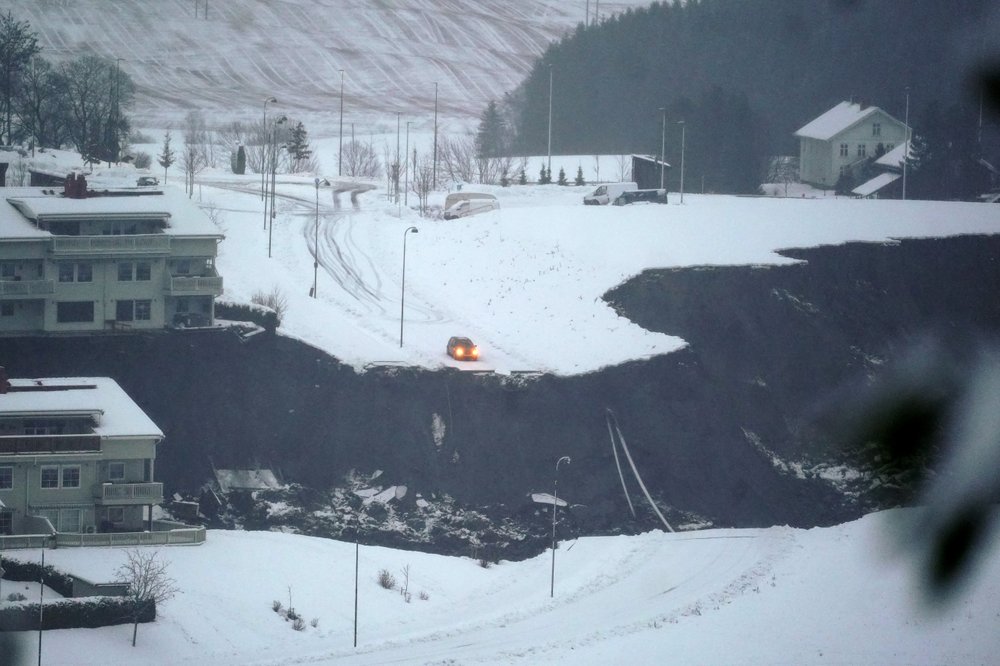 “The 21 people may have evacuated themselves but may also still be in the landslide area,” Pettersen told news agency NTB.

One of the injured was seriously hurt, while nine had lighter injuries. Weather at the time was reported to be challenging, with snow and full winter conditions.

“It hurts to see how the forces of nature have ravaged Gjerdrum. My thoughts go to all those affected by the landslide. Now it is important that the emergency services get their job done,” Norwegian Prime Minister Erna Solberg tweeted.

In a separate statement, she called the disaster “probably one of the biggest landslides we have had, and with the biggest consequences.”

The area where Ask is located is known for having a lot of so-called quick clay, a form of clay that can change from solid to liquid form. There have been previous landslides reported there.