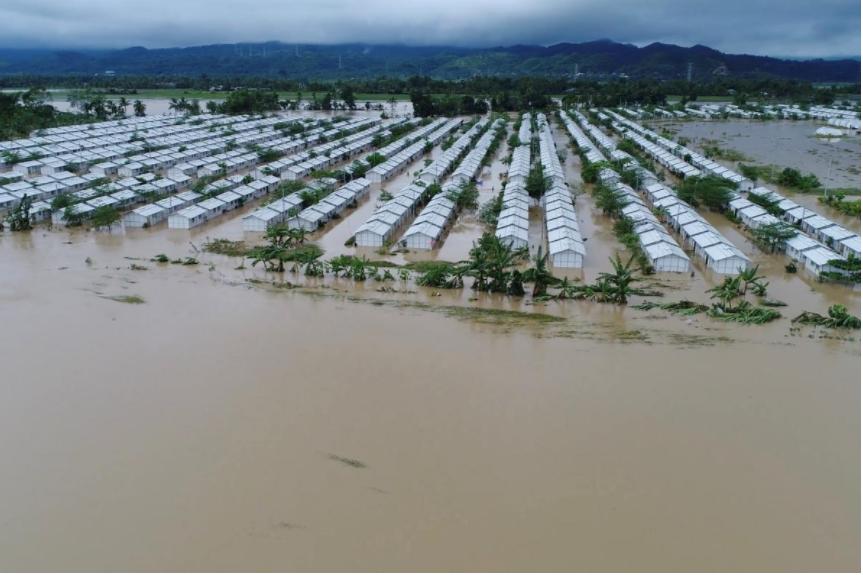 An aerial view of the flooded areas at Tzu Chi VIllage in Barangay Liloan, Phillipines, December 17, 2017 in this picture obtained from social media. Photo: REUTERS

At least 26 people were killed while several residents were missing in an island province in central Philippines after tropical storm Kai-tak brought heavy rains that triggered landslides, local authorities and media said on Sunday.

Kai-tak cut power supplies in many areas, forced the cancellation of several flights, stranded more than 15,000 people in various ports in the region and prompted nearly 88,000 people to seek shelter in evacuation centers.

Biliran Governor Gerardo Espina Jr confirmed the deaths in an interview with DZMM radio, with 23 people still missing, he said.

“We received reports of three deaths coming from the DILG (Department of the Interior and Local Government) but these are for confirmation,” said NDRRMC spokeswoman Romina Marasigan. “We are still trying to check the others.”

Many areas were flooded, damaging crops and infrastructure.

Kai-tak has weakened to a tropical depression after barrelling through the eastern region of Visayas on Saturday, hitting islands and coastal towns such as Tacloban City where supertyphoon Haiyan claimed 8,000 lives in 2013.

Locally known as Urduja, Kai-tak was packing winds of 55 kilometers (31 miles) per hour with gusts of up to 80 km/h, according to a weather bureau bulletin issued at 2000 GMT.