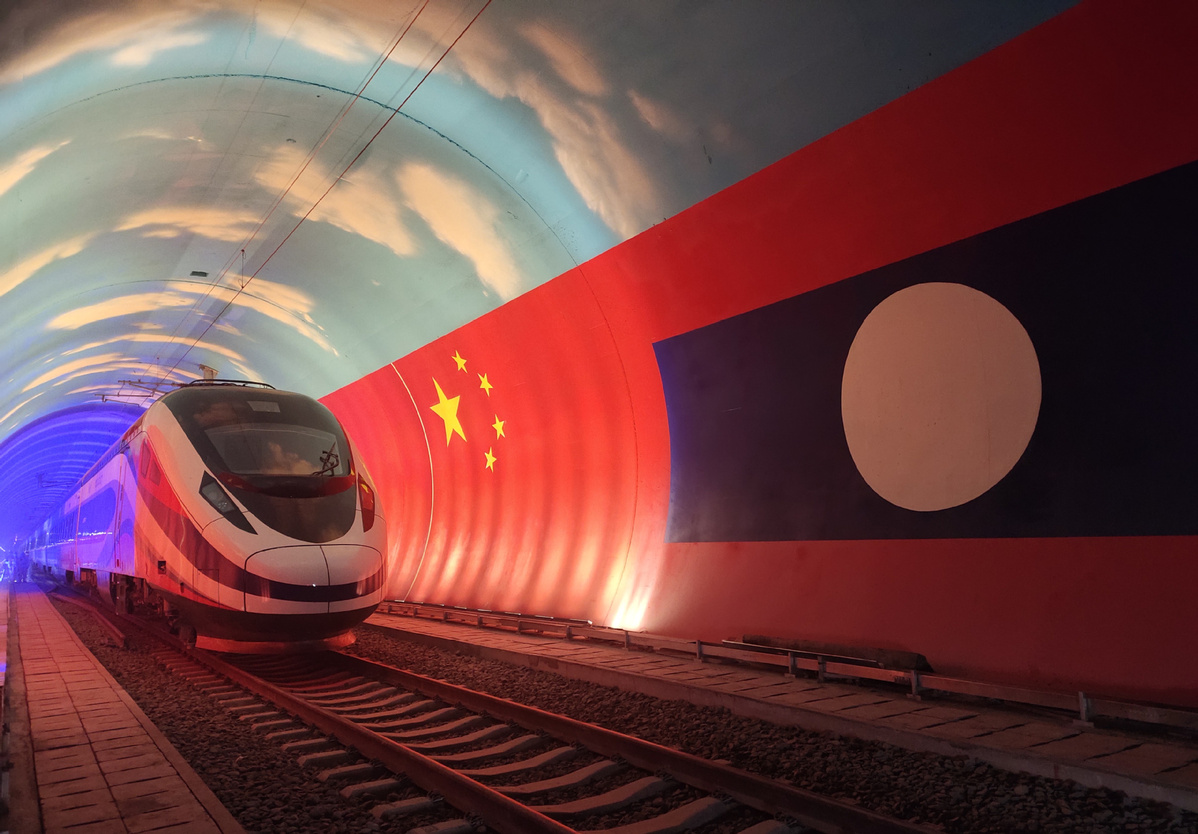 The Lane Xang EMU train passes by the China-Laos borderline inside a tunnel, Oct 15, 2021. (Photo: Xinhua)

VIENTIANE - The Lao government has ordered full-scale preparations for the opening of the China-Laos railway, as Laos and China count down to Dec 2, the planned date of its inauguration.

The cabinet gave the order at its monthly meeting for October, which ended last Friday, local daily Vientiane Times reported on Monday.

Chaired by Lao Prime Minister Phankham Viphavanh, the cabinet meeting told authorities in charge to accelerate action to fulfill plans to attract investment in facilities alongside the railway.

The meeting called on the relevant departments to prepare for the construction of expressways as well as repair damaged roads.

Authorities were told to take more effective action to improve the business environment by streamlining bureaucratic procedures and removing barriers to business operation.

The electrified passenger and cargo railway is built with the full application of Chinese management and technical standards. The construction of the project started in December 2016 and is scheduled to be completed and operational in December 2021.