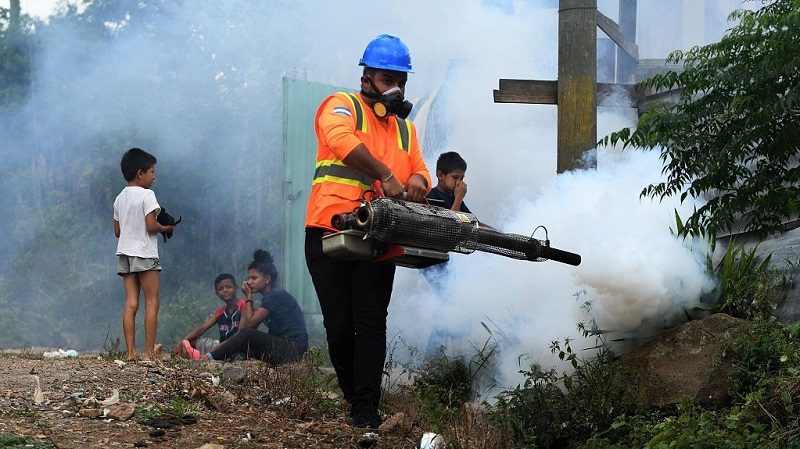 VIENTIANE, Oct. 19 (Xinhua) -- The number of dengue fever cases keeps on growing in Laos and one new death was reported, the Lao Health Ministry said here on Wednesday.

As of Wednesday, a total of 28,658 people has been diagnosed with dengue fever and 22 deaths were recorded.

The 22 deaths included six each in Lao capital Vientiane and Attapeu, three each in Luang Namtha and Saravan, two in Xieng Khuang, and one each in Sekong and Oudomxay province.

The Lao Health Ministry advised local authorities across the country to educate individuals and communities about dengue fever, so that they understand the dangers of the disease and take active steps to prevent it.

Preventing dengue-carrying mosquitoes from laying eggs by getting rid of stagnant water was the most effective method of dengue control, according to the report.

According to the World Health Organization, dengue fever is one of the fastest emerging infections and is currently the most rapidly spreading viral disease known, with Thailand, Laos, the Philippines and Singapore seeing high incidences.