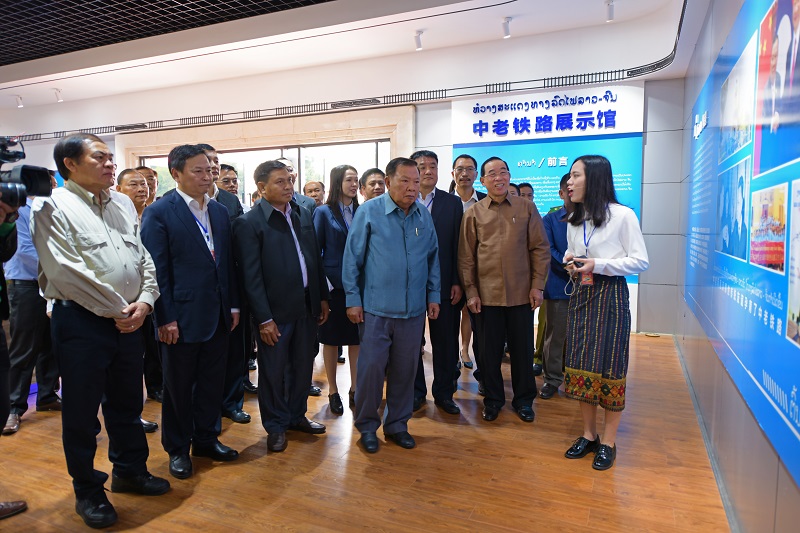 Ju Guojiang, chairman of the Laos-China Railway Co, accompanied the visitors and gave a presentation on the project’s progress, including a video.

The group also had on-site inspections at the Nanke Nei River Bridge and the roadbed of the Wanxiang North Station. 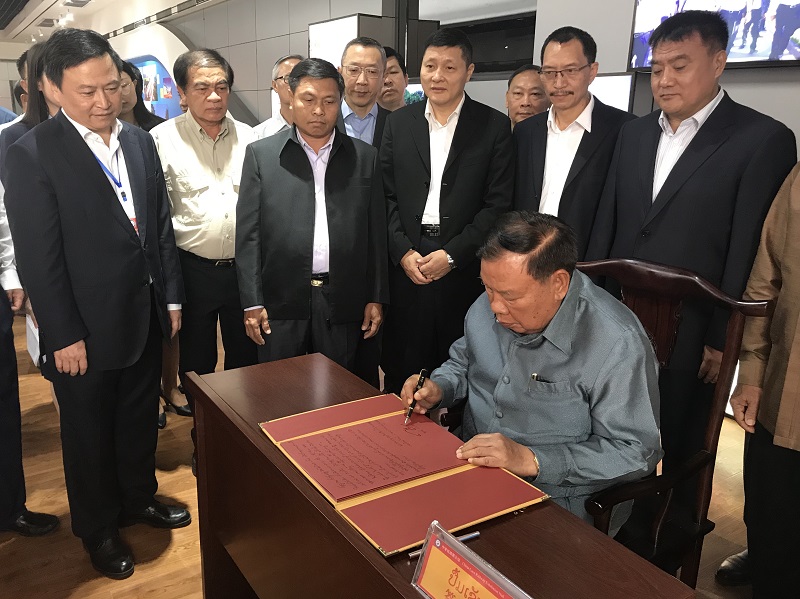 Lao President Bounnhang Vorachit wrote an inscription during the visit

Lao President Bounnhang Vorachit wrote an inscription, saying, “The China-Laos railway is a major cooperation project for the social and economic development of China and Laos, also a project under the framework of China-proposed Belt and Road Initiative. During this visit, I would like to express my gratitude and congratulations to all the comrades who have worked on the project fulfilling their responsibilities. I wish the China-Laos railway project to achieve its goals and get fruitful results.”

Lao President Bounnhang Vorachit said that thanks to the cooperation between two countries’ exchanges at both the party level and the project management level, the project has enhanced the development of the Lao national economy, creating job opportunities for the Lao people and improving people's living standards.