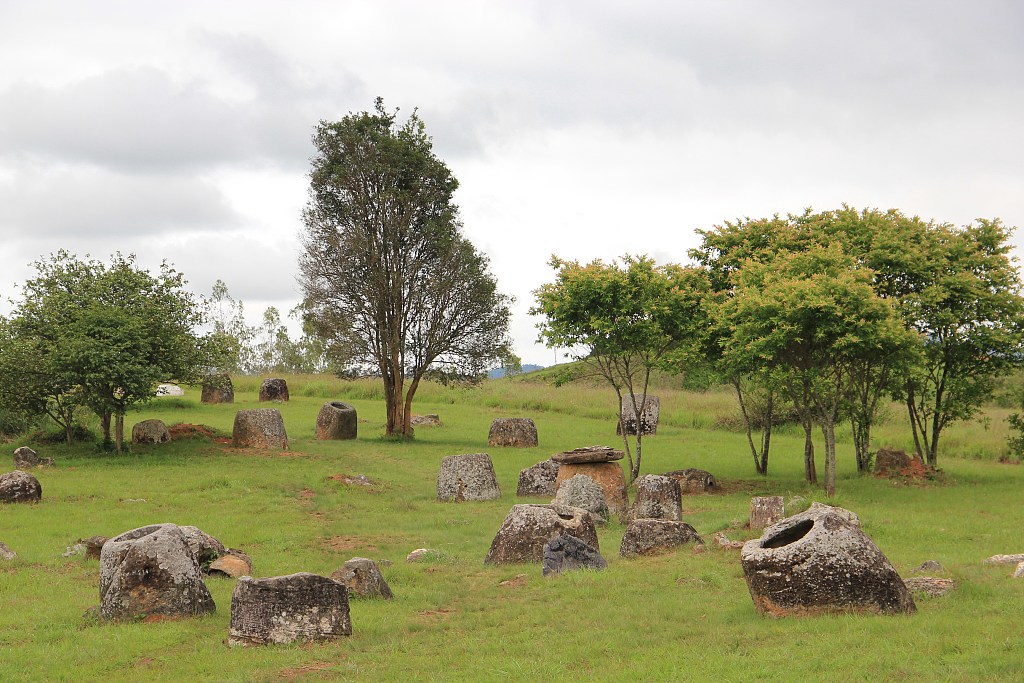 The People's Daily of Laos, Lao News Agency (KPL) and Vientiane Times all reported the news with pride and joys. "The inscription of the megalithic jar sites on this prestigious list is a great success for Lao government, which has carried out years of work to push for international recognition of this enigmatic archaeological site," local daily Vientiane Times said.

The announcement was made at the 43rd Session of the World Heritage Committee held in Baku, Azerbaijan which started from June 30 until Wednesday.

Addressing the session, Lao Minister of Information, Culture and Tourism and Chairman of the National Committee for World Heritage of Laos, Bosengkham Vongdara, expressed his deep gratitude to all the parties involved in the application and approval process.

The Plain of Jars, located on a plateau in northern Laos, is named for the more than 2,100 tubular-shaped megalithic stone jars that are believed to have been used for funerary practices in the Iron Age, according to UNESCO.

This serial site of 15 components contains large carved stone jars, stone discs, secondary burials, tombstones, quarries and funerary objects dating from 500 BC to 500 AD. The jars and associated elements are the most prominent evidence of the Iron Age civilization that made and used them until the end of this era, around 500 AD.

The inscription means that the Plain of Jars is Laos' third World Heritage Site. The ancient city of Luang Prabang was inscribed in 1995, followed by the pre-Angkor Vat Phou temple complex which was listed in 2001.