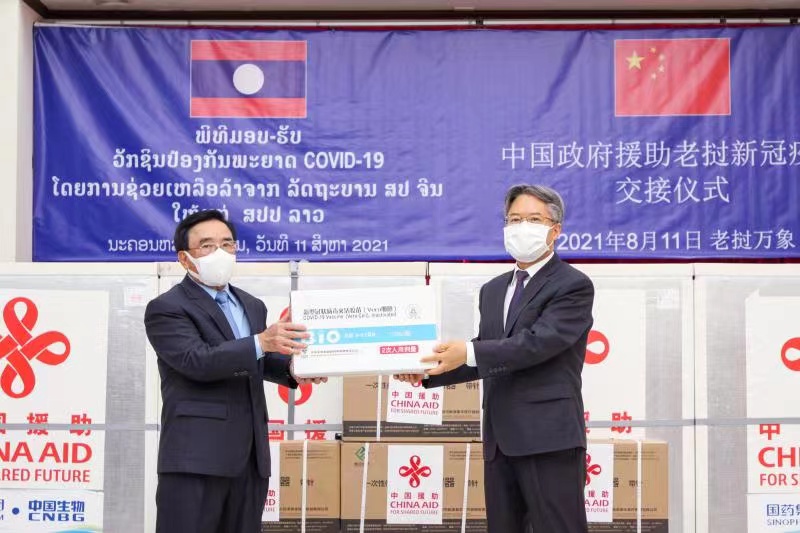 Lao Prime Minister Phankham Viphavanh on Wednesday voiced his support for sticking to science in the global tracing of COVID-19 origins.

Laos' stance on novel coronavirus origins tracing has been consistent and clear-cut, and the work must be carried out in an objective, transparent, inclusive and purely scientific spirit, he said at a handover ceremony of the fifth batch of China-donated COVID-19 vaccines at the Lao Ministry of Health.

The Lao prime minister said the Chinese government responded positively to the Lao government's request, donated another 1 million doses of COVID-19 vaccines and delivered them quickly, which contributes greatly to Laos meeting its target of vaccinating 50 percent of its population by the end of 2021.

He added that Laos has made clear its objection to politicizing the origins tracing issue, and said his country speaks highly of China's open and transparent attitude in taking part in the international cooperation on the tracing.

Chinese Ambassador to Laos Jiang Zaidong said the Chinese side appreciated the Lao Foreign Ministry's opposition to politicizing a matter of science, and would work together with the international force for justice, Laos included, to support scientists to carry out the next step of tracing work in multiple countries and places that reported early infections.

Jiang criticized some countries for promoting "vaccine nationalism" and hoarding doses, their manipulation and politicization of virus origins tracing, and their attempts to shift the blame to others.

Some even mobilized their intelligence agencies to conduct a "presumption of guilt" investigation into China, and coerced some scientists to support the so-called "lab leak" theory, Jiang said, adding that has run counter to science and common sense, and also has crossed the moral bottom line.