VIENTIANE, Aug. 20 (Xinhua) -- Laos reported a new high of 440 new COVID-19 cases on Friday, surpassing the previous record of 381 cases on Wednesday, according to Lao Ministry of Health. 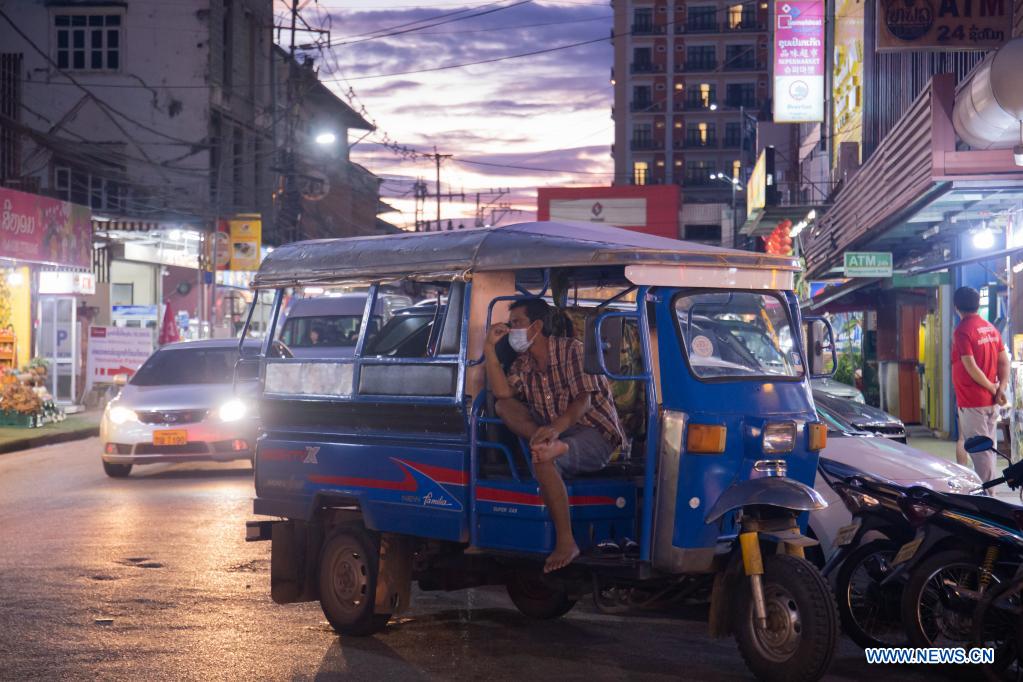 A Tuk-Tuk driver waits for customers near a night market in Vientiane, Laos, on July 21, 2021. (Photo: Xinhua)

Deputy Director General of the Department of Communicable Diseases Control under the Lao Ministry of Health, Sisavath Soutthaniraxay, told a press conference in Lao capital Vientiane that 440 COVID-19 cases and two new deaths have been recorded over the past 24 hours, bringing the national tally to 11,753 cases and 11 deaths.

He said that the new infections including 365 imported cases and 75 local transmissions.

The country's 10th death was a 55-year-old man, living in Savannakhet province who suffered from hypertension. He passed away in hospital after his condition worsened.

Meanwhile, the country's 11th death was a 26-year-old woman living in Khammuane province, who arrived in Laos from Thailand on Aug. 3.

A total of 7,138 COVID-19 patients have recovered and been discharged from hospitals.