VIENTIANE, May 10 (Xinhua) -- Lao officials around the country are patrolling border areas to prevent people from entering Laos illegally from neighboring countries, especially across the Mekong River. 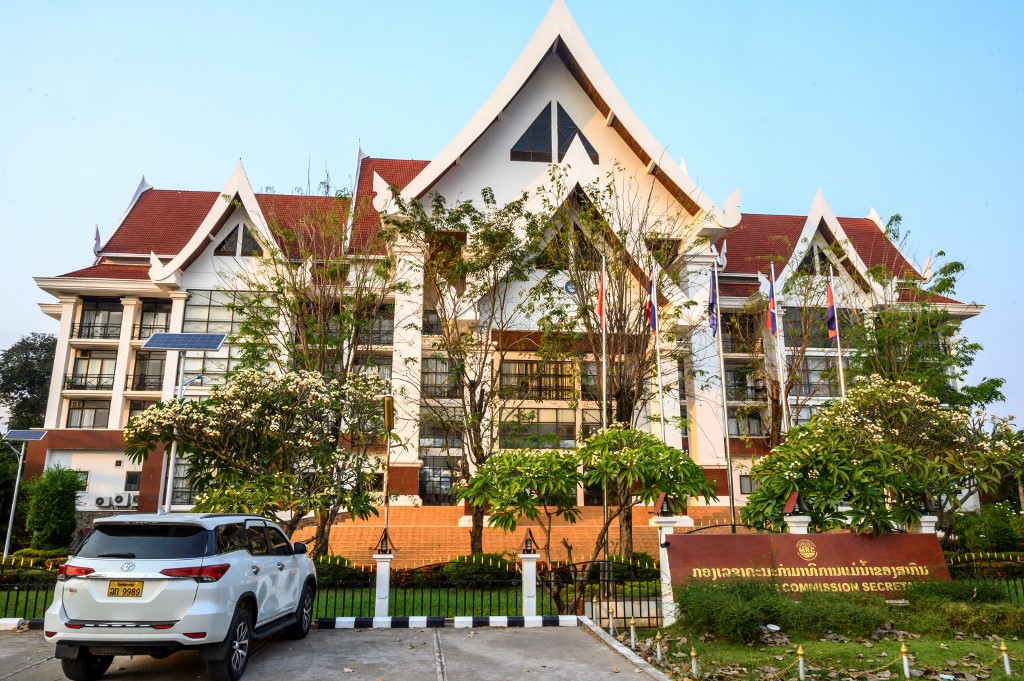 This photograph taken on March 12, 2020 shows the building of the Mekong River Commission Secretariat in Vientiane. (File photo: AFP)

Officials will travel along the Mekong River to deter people crossing at unauthorized locations, as part of the efforts to prevent people from entering Laos illegally and avoiding screening for COVID-19, local daily Vientiane Times reported on Monday.

The Lao government is stepping up operations to prevent illegal immigration and conducting stringent checks of everyone entering Laos.

The National Taskforce Committee for COVID-19 Prevention and Control has instructed authorities in Savannakhet, Saravan and Xayaboury provinces, which are considered at high risk for the spread of the virus, to record the details of everyone entering Laos.

As of Monday, the number of confirmed COVID-19 cases in Laos has reached 1,327 with one death.