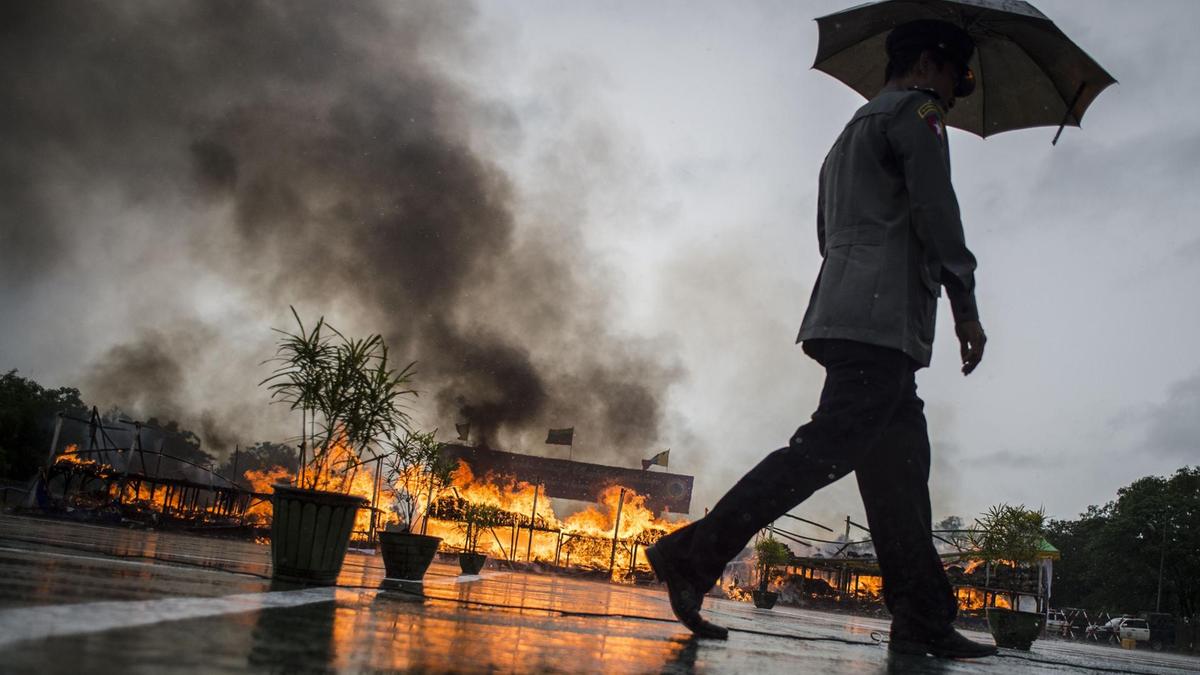 YANGON, Dec. 10 (Xinhua) -- Myanmar authorities have seized over 369.800 kg of white heroin and brown heroin worth a street value of 3 billion kyats ($2 million) in Loilem township, located in the southern part of Shan state of the country, according to a release of the Myanmar Police Force Monday.

The seizure was made by Loilem district police on Saturday night when they stopped and searched a Isuzu truck, discovering 117.7 kg of the heroin and 156 heroin blocks weighing 52.184 kg as well as brown heroin powder weighing 200 kg hidden under cover of soap cups in 62 bags in the rear cabin of the truck.

The Loilem regional police force has filed against the driver and the conductor under Myanmar's Narcotic Drugs and Psychotropic Substances Law.