JERUSALEM, July 30 (Xinhua) -- A large fire started near a military base Saturday and was raging near the central Israeli city of Modiin, the country's fire and rescue services said. 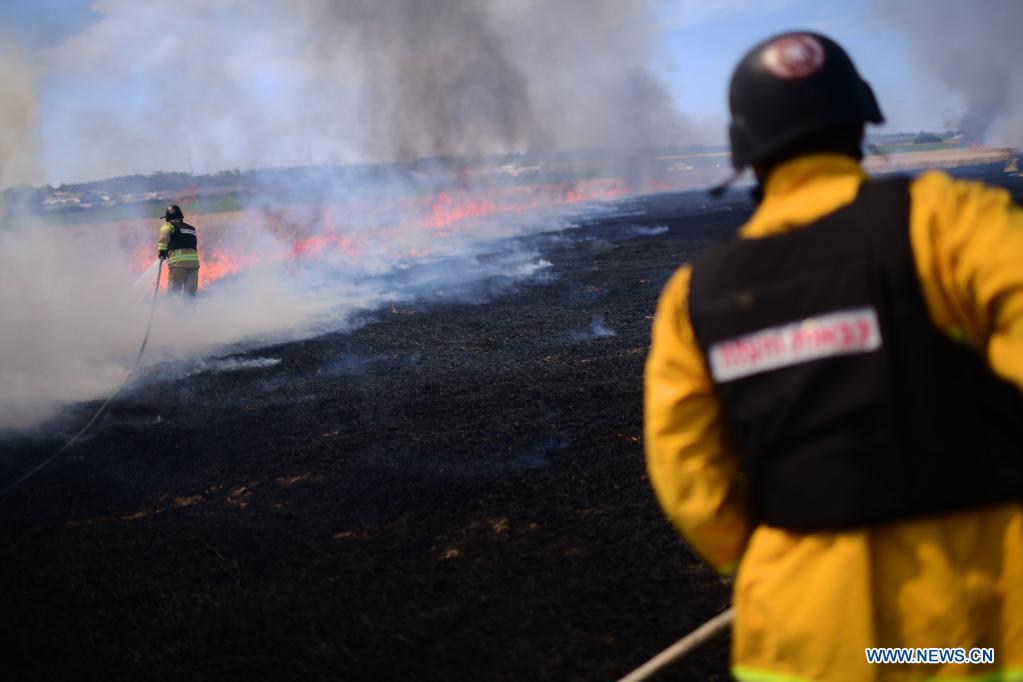 The military base of the Israeli Defense Forces, named Mitkan Adam, is located about 11 kilometers north of Modiin.

Strong winds were spreading the fire toward the nearby Neot Kedumim nature reserve, said the services, adding that 21 firefighting teams have been sent to battle the blaze, along with four airplanes and a helicopter.

The firefighting teams are reportedly facing problems with accessing the site of the fire due to strong winds, and most of their efforts were put into preventing the blaze from reaching the park, which houses the Biblical Landscape Reserve, noted the services.

The cause of the fire was unclear yet.

Firefighters said there was currently no danger to property and no reports of casualties.

Israel has witnessed a heatwave over the past week. The Health Ministry issued on Wednesday a heat wave warning as temperatures spiked, calling on the public to avoid exposure to the sun and physical exertion as much as possible.