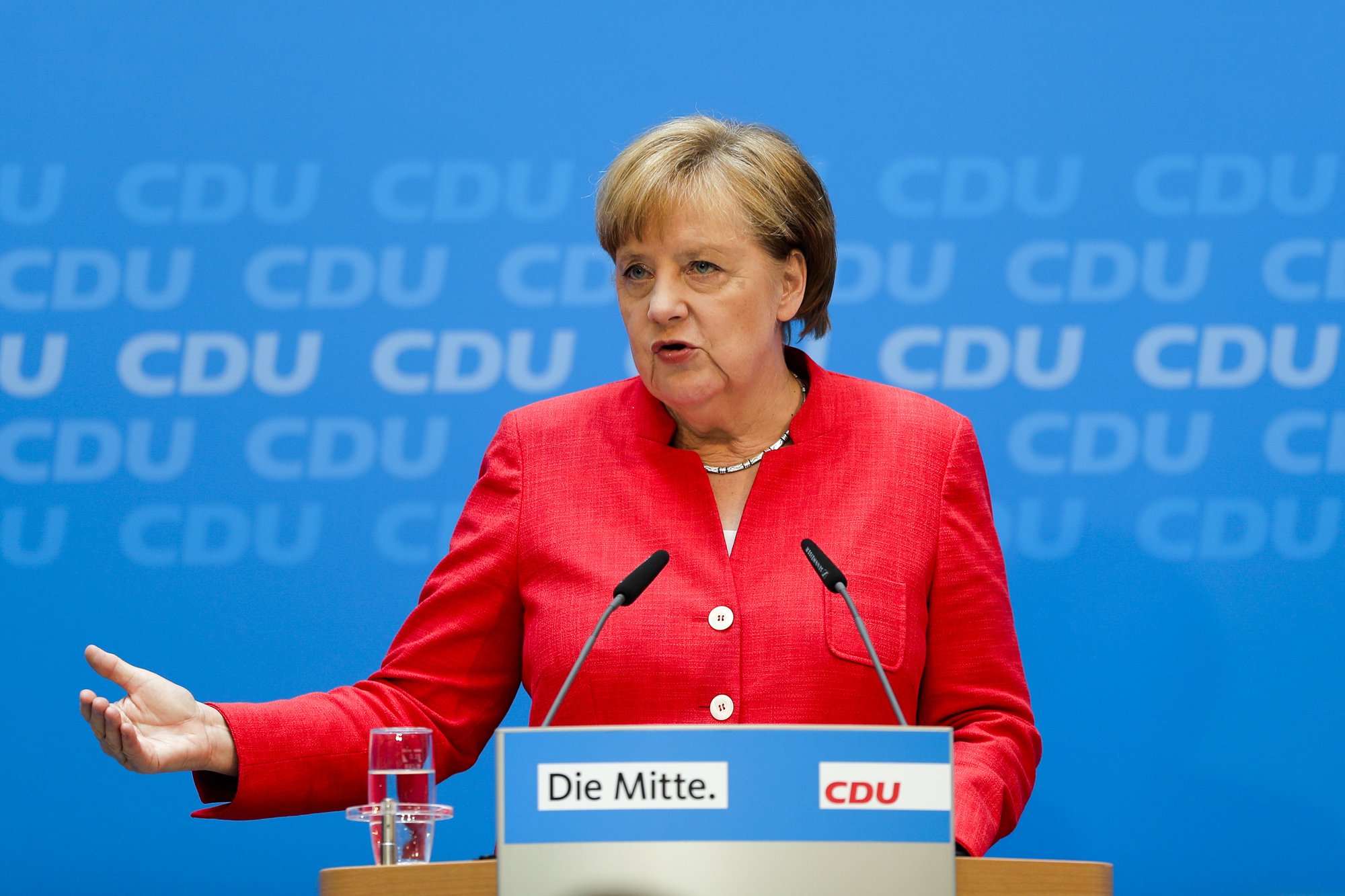 According to a regular survey commissioned by RTL and NTV from the Forsa opinion research institute, 63 percent of Germans reject calls associated with the CDU leadership candidates Friedrich Merz and Jens Spahn for the party to emphasize its conservative values more heavily. By contrast, a broad majority of respondents indicated a preference for the CDU to continue along Merkel's centrist path, including 65 percent of CDU voters and 60 percent of Christian Social Union (CSU) voters.

Following a disappointing result for the CDU in regional elections in Hesse, Chancellor Merkel announced she would step down from her role as party leader in December, a position she has held for 18 years.

Commenting on the latest survey findings on Monday, Forsa chief Manfred Guellner argued that recent electoral results showed "how wrong an orientation towards the past would be for the CDU". Guellner noted that CDU voter support had declined by a third under Merkel's predecessor Helmut Kohl but "only" fallen by 13 percent since its subsequent swerve to the political middle orchestrated by the 64-year-old veteran party leader.

Having been pushed out of his role as CDU/CSU parliamentary faction leader by Merkel back in 2002, Merz reportedly enjoys the backing of the influential president of the federal parliament and ex-finance minister Wolfgang Schaeuble. The 62-year-old is widely seen in domestic media as representing the economically libertarian wing of the CDU and has publicly lobbied to slow the pace of German "Energiewende" reforms to promote more environmentally friendly forms of energy generation.

In spite of Schaeuble's endorsement, however, the "Trendbarometer" survey found that Merz would not garner more than a 33-percent share of the vote of German women and voters aged 18-29 in a hypothetical two-way contest with German Social Democrat (SPD) leader Andrea Nahles for Germany's chancellorship. Merz' prospects were rated even weaker if he had to face off with finance minister Olaf Scholz (SPD) with a mere 26 percent of female respondents and 15 percent of respondents aged 18-29 indicating that they would cast their ballot for the finance industry executive.

Guellner highlighted that even before transitioning to a private sector career, Merz was not especially popular among voters as an active politician. "In the year 2000, in the then RTL/NTV Trendbarometer, only 4 percent of Germans thought he was suited to assume the CDU leadership," the Forsa chief said.