WORLD Large whale carcass washed up on a beach in Australia

Large whale carcass washed up on a beach in Australia 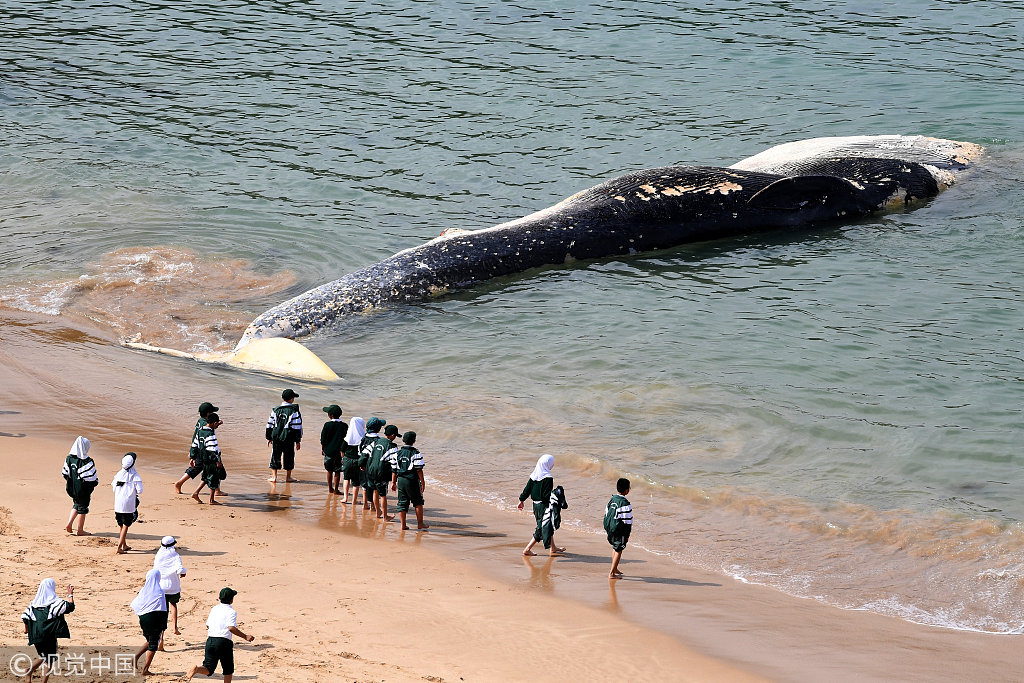 Visitors to the Royal National Park look at a large whale carcass that washed up on Wattamolla Beach, south of Sydney, Australia, September 24, 2018. 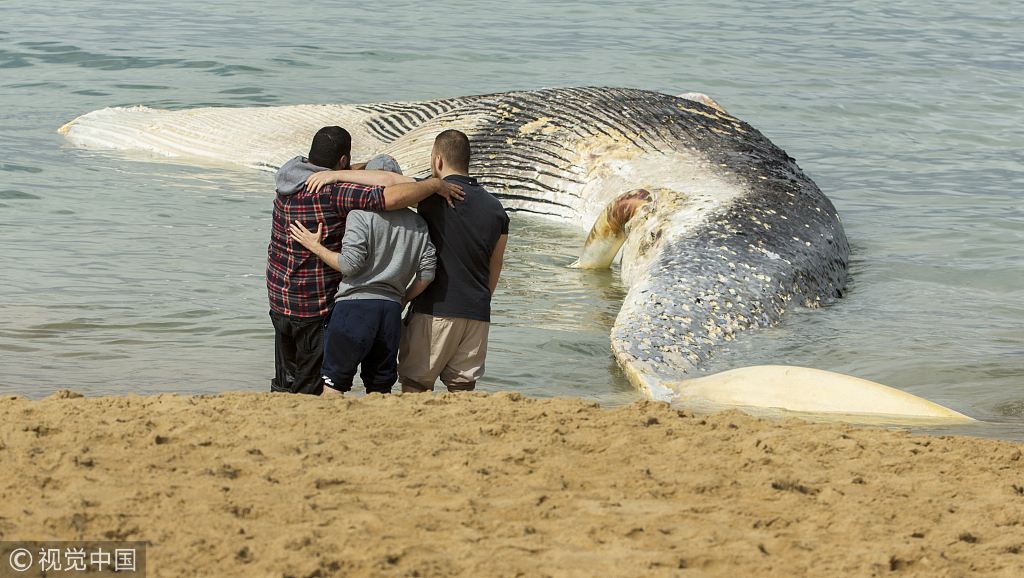 The male whale's body, estimated to be 20 metres long, first became lodged on rocks near Wattamolla Beach before it was washed onto the sand on September 24 . 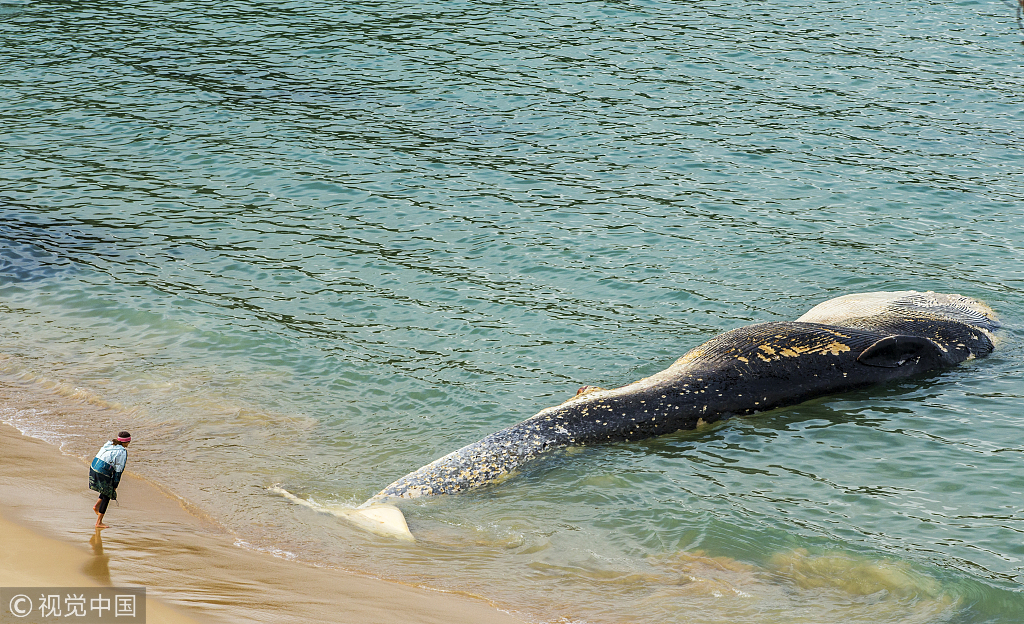 Authorities are still trying to work out how to remove a whale carcass that has been stuck in an inlet south of Sydney for a week. 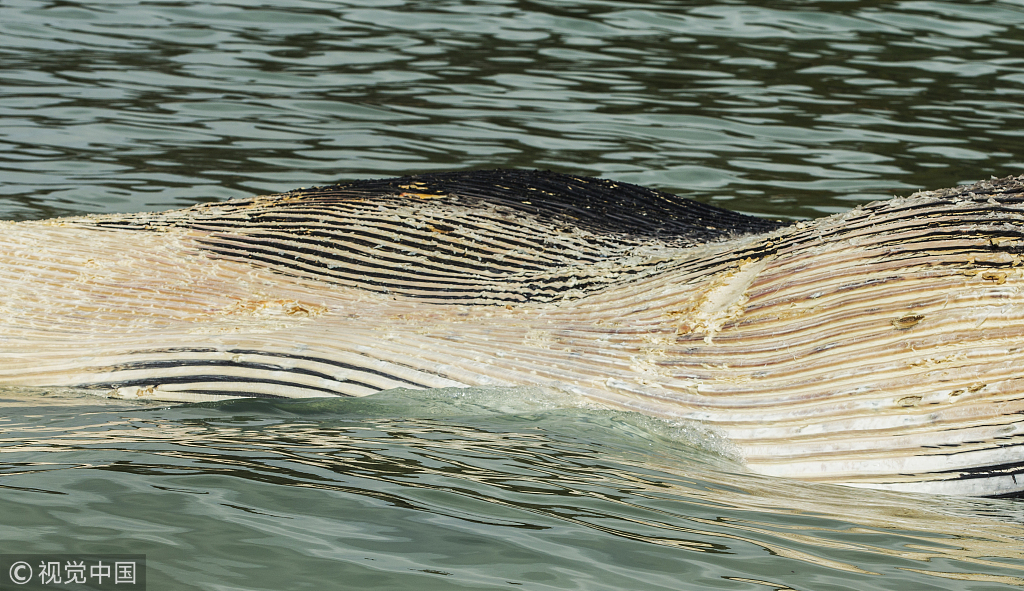 Sharks have been feeding off the mammal's carcass in the remote inlet located in the Royal National Park, the NSW National Parks and Wildlife Service has told visitors to stay out of the water. 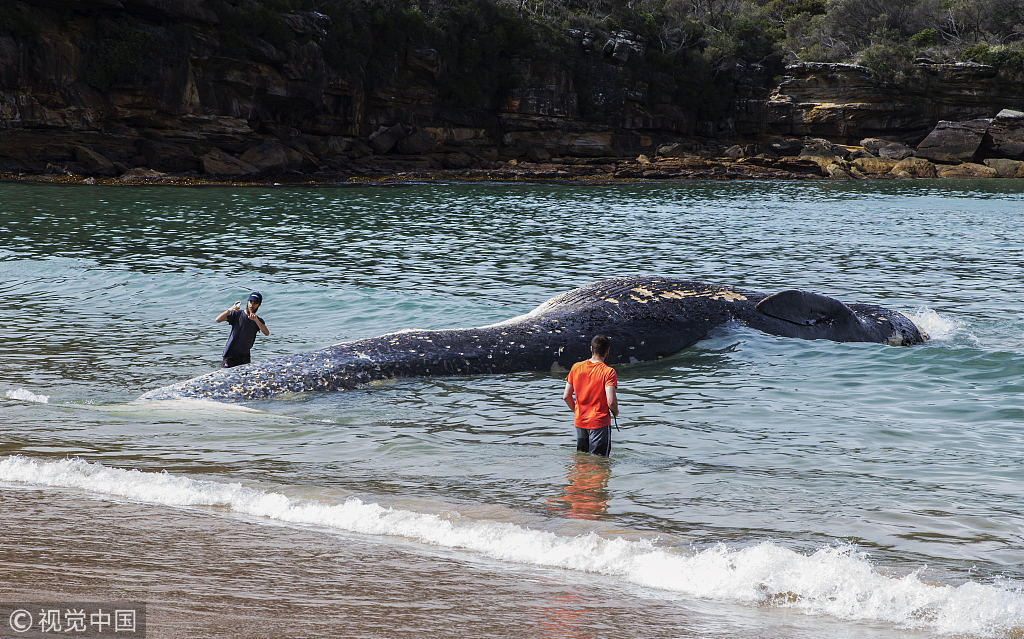 Men look on and photograph a whale carcass on Wattamolla Beach in the Royal National Park south of Sydney on September 24, 2018 in Sydney, Australia. 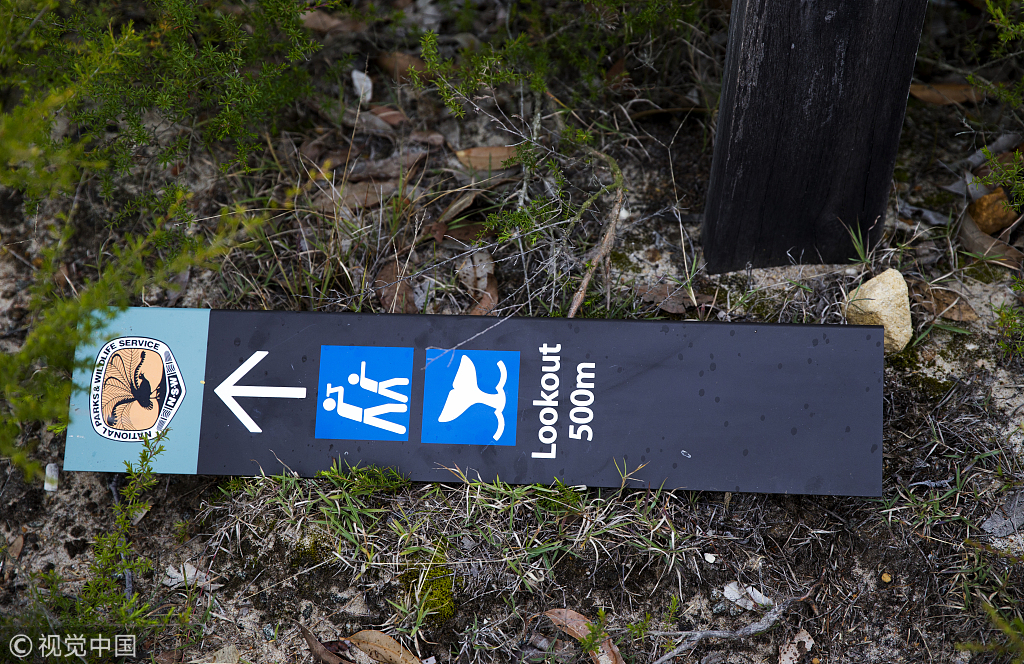 A generic lookout sign indicating a a place to view whales near Wattamolla Beach in the Royal National Park south of Sydney on September 24, 2018 in Sydney, Australia. A carcass believed to be a rare Sei whale, recently washed up on the beach. 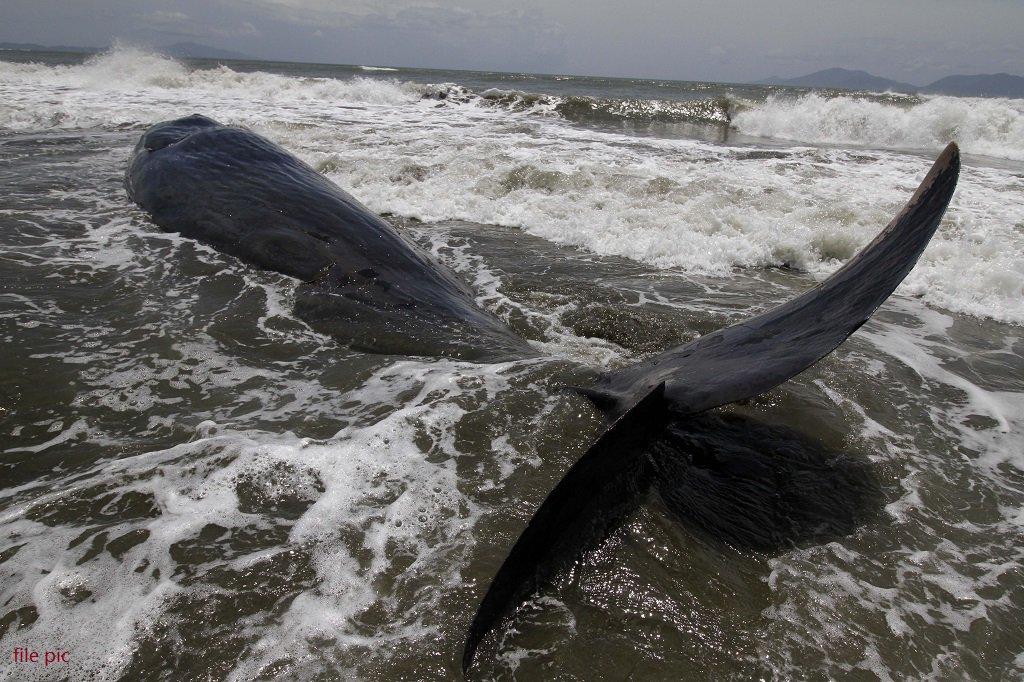 "It will be removed, but we're not sure at this stage as to how or who will do it." (Photo: Xinhua)