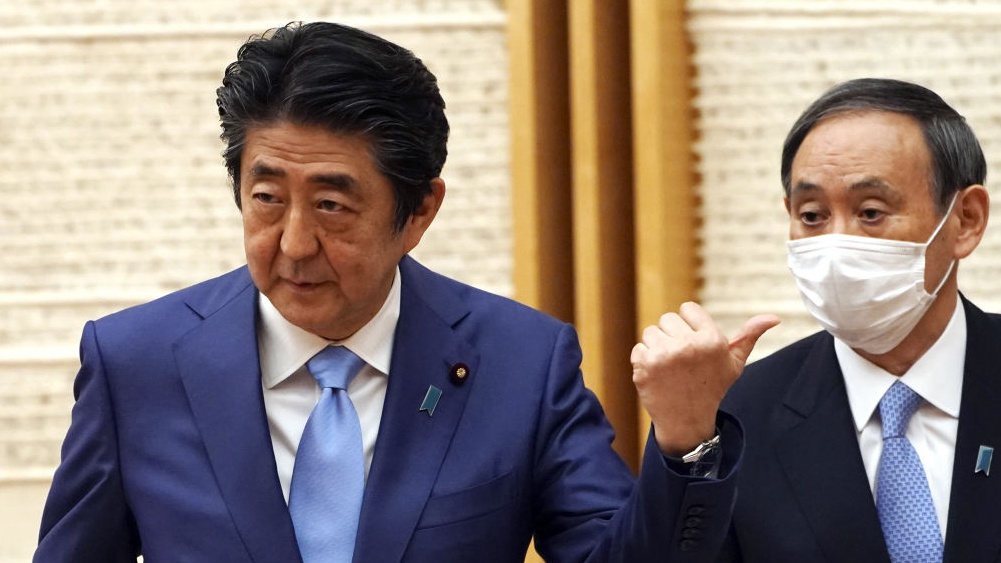 Japan's top government spokesman, Yoshihide Suga, has won the backing of the largest faction of the ruling party to become its next leader, public broadcaster NHK reported on Tuesday, making him a strong frontrunner to become the next prime minister.

Japan's chief cabinet secretary and a long-time lieutenant of outgoing Prime Minister Shinzo Abe, Suga is widely expected to stay the policy course set out by Abe, including the "Abenomics" strategy aimed at reviving the economy and keeping it afloat amid the COVID-19 pandemic.

Suga has not publicly announced his candidacy for leader of the Liberal Democratic Party (LDP). Media reported he would formally announce his intention to run on Wednesday.

The party's leader will almost certainly become prime minister because of its majority in the lower house of parliament. The new leader will replace Abe, who abruptly announced on Friday he was stepping down for health reasons.

In a meeting on Tuesday to decide on the format of the election, LDP executives agreed to a simplified vote by party MPs from both chambers of parliament and heads of local chapters, party Secretary-General Toshihiro Nikai said.

The proposal to exclude votes by rank-and-file members favors Suga, who has now reportedly locked in support from the party's biggest factions.

"We must elect a new leader as soon as possible to avoid creating a political vacuum," Nikai told reporters. "There was no objection to my view at the meeting."

The LDP is expected to hold its leadership vote on September 14.

Another contender for the post is Fumio Kishida, a former foreign minister. Current Foreign Minister Toshimitsu Motegi and Defense Minister Taro Kono both said on Tuesday they had not yet decided whether to run.

Former Internal Affairs Minister Seiko Noda will not run in the race to head the ruling party and succeed Abe, Kyodo News reported on Tuesday. Noda had been one of few LDP politicians interested in becoming Japan's first female prime minister, according to media.

Media opinion polls showed that former Defense Minister Shigeru Ishiba is the most popular choice among the public to be the next prime minister, but he commands less support within the LDP.