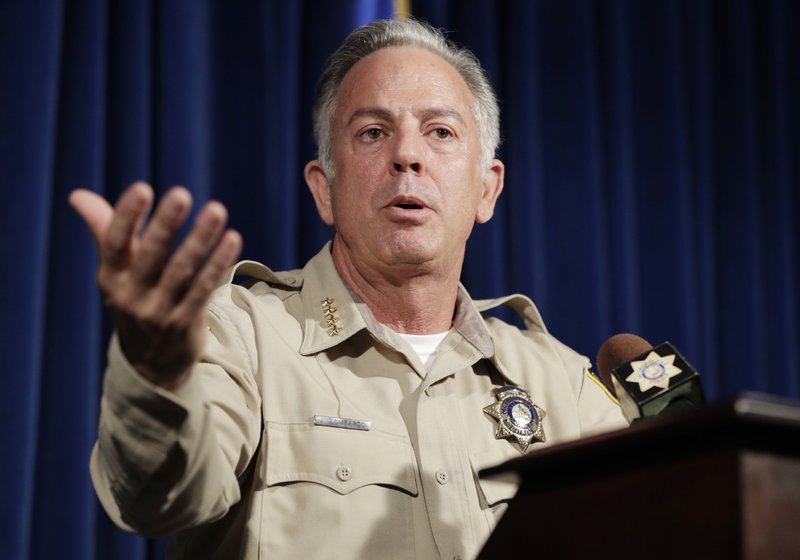 In the months before unleashing a hail of bullets into a Las Vegas concert crowd, Stephen Paddock burned through more than $1.5 million, became obsessed with guns and increasingly unstable, and distanced himself from his girlfriend and family, according to an investigative report released Friday.

With those revelations, police announced they were closing their 10-month investigation without a definitive answer for why Paddock, a high-stakes gambler, amassed an arsenal of weapons and carried out the deadliest mass shooting in modern US history.

“By all accounts, Stephen Paddock was an unremarkable man whose movements leading up to Oct. 1 didn’t raise any suspicion,” Clark County Sheriff Joe Lombardo said. “An interview with his doctor indicated signs of a troubled mind, but no troubling behavior that would trigger a call to law enforcement.”

Paddock left no manifesto or “even a note to answer questions” about his motive for a rampage that killed 58 people and injured more than 800 others, Lombardo said.

One of his brothers told investigators that he believed the gunman had a “mental illness and was paranoid and delusional.” A doctor believed he may have had bipolar disorder, the report said.

Paddock’s girlfriend said he had suddenly stopped being affectionate and constantly complained of being ill. Marilou Danley told investigators that he said doctors could not cure him but told him he had a “chemical imbalance.”

In its final report released Friday, the Las Vegas Metropolitan Police Department found Paddock acted alone and no one else will be charged, said Lombardo, the elected head of the agency.

Earlier this year, US prosecutors charged an Arizona man accused of selling illegal armor-piercing bullets found in Paddock’s room at the Mandalay Bay hotel-casino on the Las Vegas Strip. Douglas Haig has pleaded not guilty and maintains he sold tracer ammunition, which illuminate a bullet’s path.

The report included a summary of 14 of Paddock’s bank accounts, which contained a total of $2.1 million in September 2015. Two years later, the amount had dropped to $530,000. He “wasn’t as successful in the gambling as he was in the previous years,” Lombardo said.

Investigators said Paddock paid more than $600,000 to casinos and over $170,000 to credit card companies. The analysis said he also made nearly $95,000 in firearms-related purchases.

The report gave no other information about the casino purchases. High-rollers like Paddock are often given credit lines at casinos.

Paddock bought more than three dozen guns between 2016 and 2017. Danley told investigators that she noticed he was buying large amounts of ammunition, but he dismissed her concerns by saying it was cheaper to buy in bulk, according to the report.

She told police that she accompanied Paddock to gun stores and gun shows and helped him set up a gun range in Nevada. Danley told authorities he tended to be obsessive when he dove into a new hobby, and she considered the behavior part of that same pattern, said Detective Trever Alsup, the lead investigator in the case.

Paddock’s mother, Irene Hudson, told investigators she did not understand why her son would carry out an attack and believed he “must have developed some type of ‘brain tumor,’” the report said.

An autopsy did not find anything unusual with Paddock’s physical condition, even after a microscopic brain examination by experts at Stanford University.

A brother, Eric Paddock, described his sibling as a “narcissist” who only cared about people he could benefit from.

The final details of the investigation came after police released 13 batches of investigative documents, 911 calls, police reports, witness statements and video over the last three months. They have illustrated chaos, heartbreak and heroism from first responders, concertgoers and family members.

Police body camera recordings earlier made public showed officers using explosives to blast through the door of a 32nd-floor hotel suite to find Paddock dead on the floor from a self-inflicted gunshot. Assault-style weapons fitted with rapid-fire “bump stock” devices were strewn about the room.

Officers found several laptops, including at least one that was missing a hard drive, the report said.

Eric Paddock told investigators that he believed his brother had cheated on the family’s tax preparation. Eric was worried he might be implicated for tax evasion if evidence was collected from his brother’s hard drives, the report said.

When police told Eric Paddock about the missing hard drive, he repeated several times: “Maybe he did care for us.”

The FBI is expected to release its final investigative report, including a psychological profile of the gunman, later this year, Lombardo said, noting that authorities want to leave “no stone unturned.”

The police department is conducting internal reviews into individual officers’ actions, including one veteran officer who froze in a hallway a floor below where Paddock was firing onto the crowd of 22,000 country music fans.

Another officer accidentally fired a rifle during a blast to breach a locked door in Paddock’s room. Police said no one was injured and the shot did not hit Paddock.

Officials have said the attack had no link to terrorism, but hotel owner MGM Resorts International last month invoked a federal law enacted after the Sept. 11 terror attacks.

The company sued hundreds of survivors or families of slain victims, asking federal courts to qualify the shooting as an act of terrorism and declare the company has no liability.