Despite protests about a "war on the poor," Las Vegas officials passed a law Wednesday making it illegal for the homeless to sleep on streets when beds are available at established shelters. 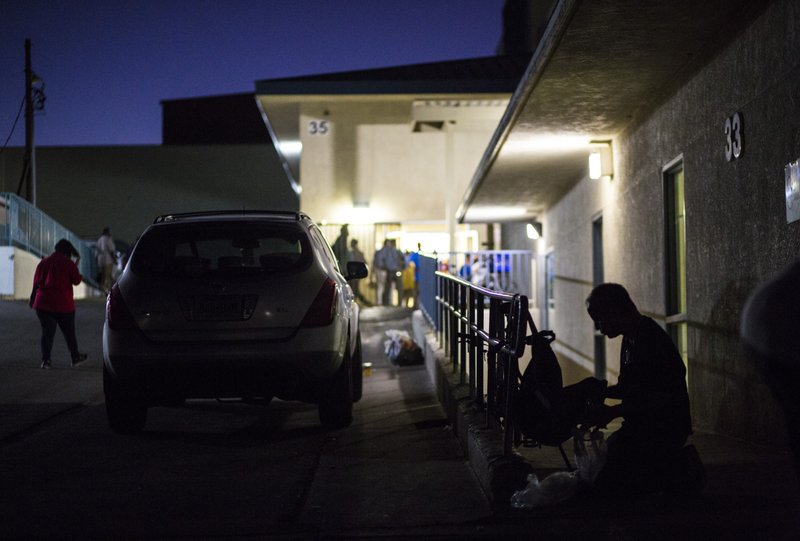 The issue spurred emotion and drama, including the ejection by city marshals of several audience members who Mayor Carolyn Goodman deemed disruptive during a daylong City Council meeting that drew dozens of time-limited comments.

Most people spoke against the law before the 5-2 council vote. The measure will apply to the city's downtown urban core, not the tourist-heavy Las Vegas Strip, which is overseen by a different jurisdiction.

Goodman, the sponsor of the measure, called it imperfect but necessary to deal with what officials and downtown business owners characterize as a homeless crisis.

"This is flawed but it is a start," the mayor said after noting Las Vegas' economy relies on its image as an attractive international tourist attraction.

"We have been having these conversations for 20 years," she said, "and we must have results."

Las Vegas becomes the latest city in the U.S. West — from San Francisco and Seattle to Honolulu and Salt Lake City — to try to deal with complaints about homelessness.

The 9th U.S. Circuit Court of Appeals struck down a similar law from Boise, Idaho, last year — calling it unconstitutional to prosecute people for sleeping in public places when there aren't enough shelter beds.

City Attorney Brad Jerbic said the Las Vegas law was crafted to withstand a similar legal challenge, with its "if beds are available" provision.

Opponents rejected city officials' assurances that there will be enough shelter space when necessary.

The law provides for warnings by public officers, beginning Sunday, for people found "camping, lodging, sitting, lying down, sleeping and similar activities" in most downtown areas.

Those activities become a misdemeanor beginning Jan. 1, punishable by up to six months in jail and a $1,000 fine.

"It's criminalizing the homeless," the Rev. Leonard Jackson, associate pastor of First African Methodist Episcopal Church in North Las Vegas and director of the regional Faith Organizing Alliance said during a morning protest outside City Hall.

About 100 people rallied, chanting, "The war on the poor has got to go," before taking their protest into the contentious public meeting that lasted more than nine hours.

"If we can build stadiums, then we can build housing for the homeless," George Allen, a self-described "working homeless" home-care worker, told the council.

Allen was referring to a $2 billion, 65,000-seat football stadium set to open next year for the relocated Oakland Raiders. Taxpayers are contributing $750 million to the project through hotel room taxes.

Michael McDonald, head of the Nevada Republican Party, accused the Democrats of "pandering to Las Vegans" and "advocating for the homeless to continue suffering on our streets."

He noted the proposal requires warnings and offering transportation to a shelter with an available bed before a person would get cited.

An annual survey taken one night in January counted more than 5,500 people on the streets in Las Vegas and surrounding cities and county property. Officials estimate that more than 14,000 people are homeless in and around Las Vegas at some point during the year.

The Review-Journal has tallied about 2,000 beds plus an open-air, 24/7 courtyard offered by the city where officials say more than 300 people stay on any given night. It has 220 sleeping mats.