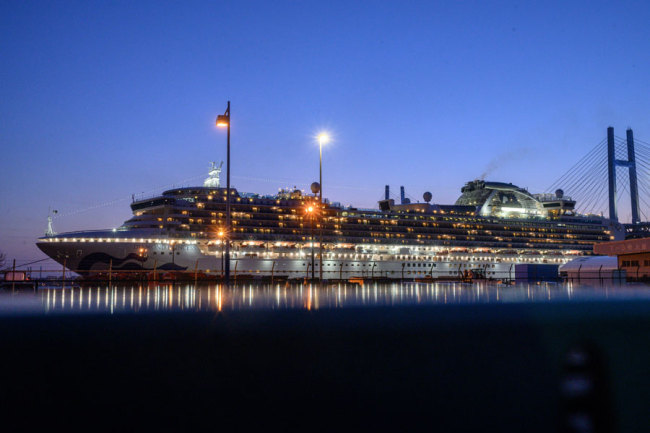 The last group of about 130 crew members got off the Diamond Princess on Sunday, vacating the contaminated cruise ship and ending Japan's much criticized quarantine that left more than one fifth of the ship's original population infected with the new virus.

Japanese Health Minister Katsunobu Kato told a news conference that the ship is now empty and ready for sterilization and safety checks to prepare for its next voyage. He did not give a timeline.

The British-flagged and U.S.-operated Diamond Princess had carried an infected passenger part way before returning to its home port in Yokohama, near Tokyo, on Feb. 3. Of the 3,711 passengers and crew members on board, 705 were infected on the ship, triggering international criticism of the quarantine and Japan's disease control capability.

He also said, however, that crisis management of a foreign-flagged and operated ship is difficult for a single government to deal with, and suggested that there is a need to promote a global framework in tackling future crises.

Hundreds of foreign passengers of the ship were evacuated by their governments and returned home on chartered flights before completing a 14-day quarantine or virus tests. More than a dozen of them have tested positive since returning home.

In Japan, about 1,000 passengers were allowed to return home via public transportation despite warnings from experts and are now under self-quarantine at home. Several of them have been confirmed infected after returning home.