WORLD Last of Soviet soldiers who liberated Auschwitz dies at 98

Last of Soviet soldiers who liberated Auschwitz dies at 98 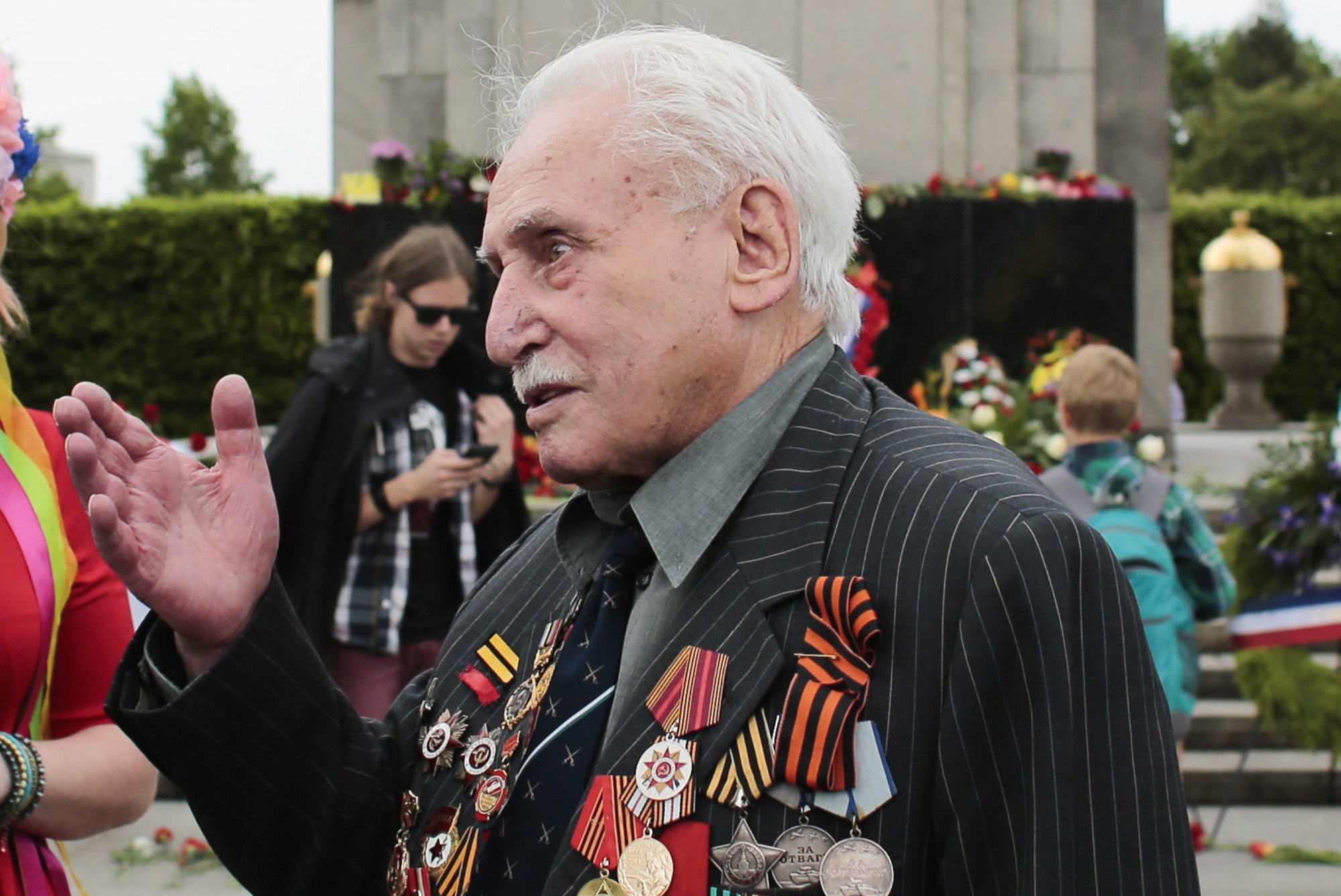 Soviet war veteran David Dushman, shown in 2015 at a wreath-laying ceremony at the Russian War Memorial in the Tiergarten district of Berlin, Germany. (File photo: AP)

David Dushman, the last surviving Soviet soldier involved in the liberation of the Nazi death camp at Auschwitz, has died. He was 98.

The Jewish Community of Munich and Upper Bavaria said Sunday that Dushman had died at a Munich hospital on Saturday.

“Every witness to history who passes on is a loss, but saying farewell to David Dushman is particularly painful,” said Charlotte Knobloch, a former head of Germany’s Central Council of Jews. “Dushman was right on the front lines when the National Socialists’ machinery of murder was destroyed.”

As a young Red Army soldier, Dushman flattened the forbidding electric fence around the notorious Nazi death camp with his T-34 tank on Jan. 27, 1945.

He admitted that he and his comrades didn't immediately realize the full magnitude of what had happened in Auschwitz.

“Skeletons everywhere,” he recalled in a 2015 interview with Munich newspaper Sueddeutsche Zeitung. “They stumbled out of the barracks, they sat and lay among the dead. Terrible. We threw them all of our canned food and immediately drove on, to hunt fascists.”

More than a million people, most of them Jews deported there from all over Europe, were murdered by the Nazis at Auschwitz-Birkenau between 1940 and 1945.

Dushman earlier took part in some of the bloodiest military encounters of World War II, including the battles of Stalingrad and Kursk. He was seriously wounded three times but survived the war, one of just 69 soldiers in his 12,000-strong division.

After the war, Dushman helped train the Soviet Union's women's national fencing team for four decades and witnessed the attack by eight Palestinian terrorists on the Israeli team at the 1972 Munich Olympics, which resulted in the deaths of 11 Israelis, five of the Palestinians and a German policeman.

Later in life, Dushman visited schools to tell students about the war and the horrors of the Holocaust. He also regularly dusted off his military medals to participate in veterans gatherings.

"Dushman was a legendary fencing coach and the last living liberator of the Auschwitz concentration camp," the International Olympic Committee said in a statement.

IOC President Thomas Bach paid tribute to Dushman, recounting how as a young fencer for what was then West Germany he was offered “friendship and counsel" by the veteran coach in 1970 ”despite Mr Dushman’s personal experience with World War II and Auschwitz, and he being a man of Jewish origin."

"This was such a deep human gesture that I will never ever forget it,” Bach said in a statement.

Dushman trained some of the Soviet Union's most successful fencers, including Valentina Sidorova, and continued to give lessons well into his 90s, the IOC said.