LatAm countries mulling next move as lockdown deadline about to expire 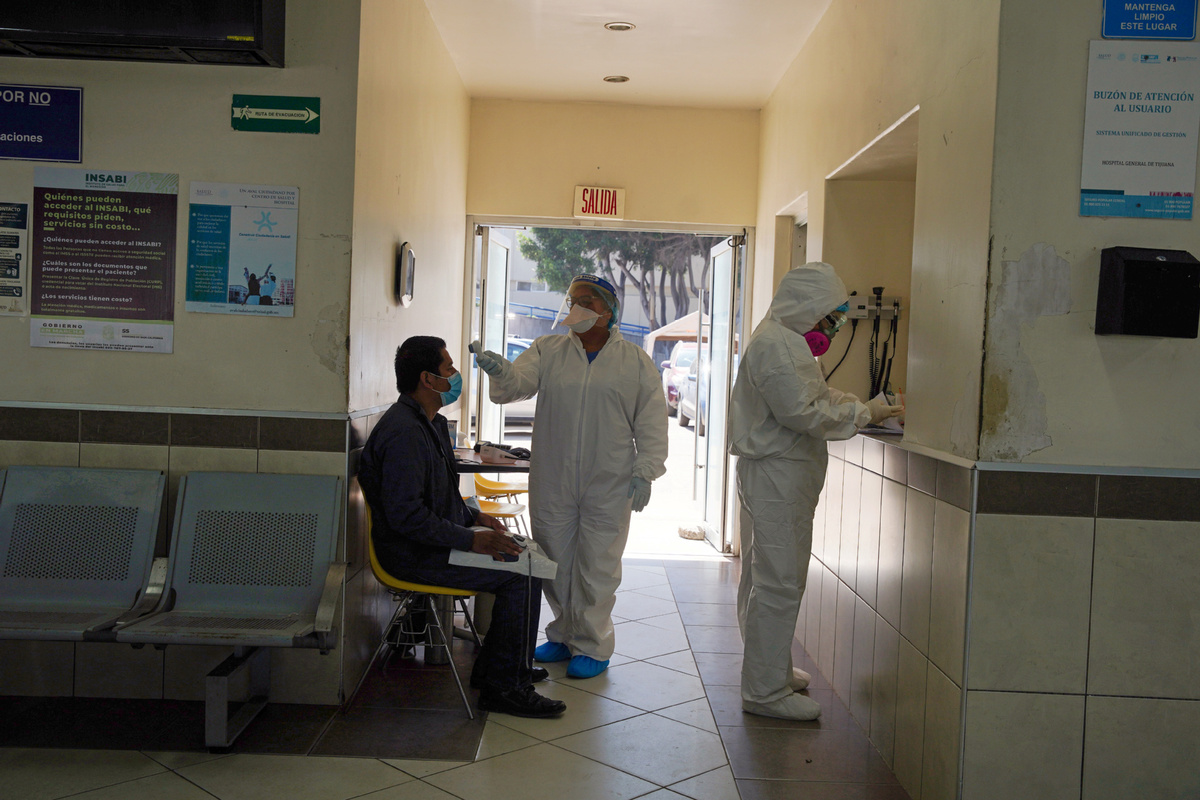 Medical personnel examine a man during the outbreak of the coronavirus disease (COVID-19) in Tijuana, Mexico, April 23, 2020. (Photo: Agencies)

Latin American countries on Thursday analyzed their next move as lockdown deadlines expire at the end of the month amid a rising COVID-19 caseload.

Bolivia, where a lockdown is set to expire on April 30, is studying the situation to decide whether to relax or ramp up social distancing rules, said Yerko Nunez, minister of the presidency of the interim-government, at a press conference.

In addition to health concerns, there were economic factors to take into account, noted Nunez.

Bolivia first imposed partial restrictions on mobility on March 10, then expanded and extended them on March 26 when a health emergency was declared.

The interim cabinet will meet next week to assess recommendations by health authorities and a scientific committee, he said, adding there are regions with increasing cases that call for "drastic decisions," while other regions have seen a halt to new infections.

Bolivia has reported 672 cases and 40 deaths so far.

Mexico's General Health Council has already unanimously approved an extension of the lockdown through May 30 from the initial April 30 deadline, as the authorities foresaw a rapid increase of infection and hospitalization.

Chile said that 11,812 people have tested positive with 168 fatalities, after 516 new infections were detected in the past 24 hours.

According to Chilean Health Minister Jaime Manalich, officials have detected infections among migrant communities, calling for special measures, such as "transferring them to sites where they can undergo their quarantine period in a more adequate and protected way."

In response to outbreaks in jails in some parts of the country, officials plan to "set up an isolation area for people diagnosed with COVID-19" to "reduce infection among the prison population," he said.

In addition, the Chilean government has recently called on the general public to adopt a "new normal" way of life that incorporates social distancing and hygienic measures as economic activity gradually resumes.

In Argentina, where 3,288 cases have been reported with 159 deaths, a campaign was launched to promote blood donations after stay-at-home orders led to a sharp drop in donors at blood banks.

The campaign reminds residents that giving blood is one of the essential activities permitted during the lockdown in place from March 20 to April 26.

"Unfortunately blood can't be manufactured and there are surgical procedures that cannot be postponed. We depend on volunteers, that is why we are calling on all the people who are healthy and can donate, to go to their nearest blood bank ... to keep giving," Natalia Fernandez, head of FHBA's blood drive efforts, told Xinhua.

The deadline of Peru's lockdown measures was extended to May 10 from April 26 after authorities studied the situation. The total number of COVID-19 cases in the country topped 20,000 on Thursday.