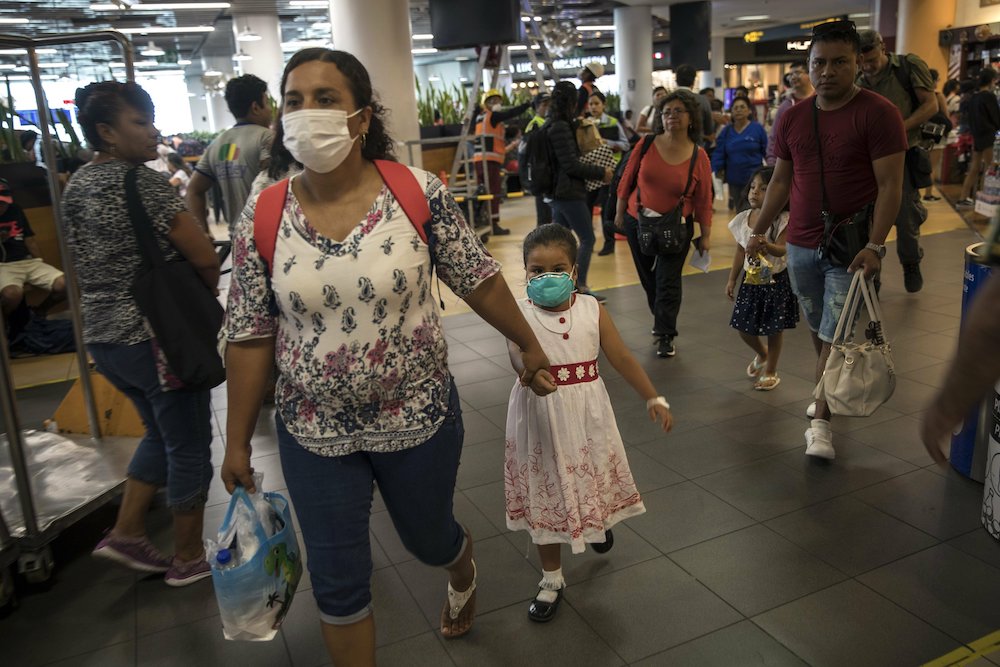 Latin American authorities have taken measures to prevent the spread of COVID-19, as the first death from the virus was reported and more cases confirmed.

A 64-year-old man died of the virus in Argentina on Saturday, the first death in Latin America, said the Argentine health ministry.

Argentina has so far reported eight cases of the novel coronavirus.

Chile confirmed on Saturday its seventh case in a 20-year-old man who arrived on Tuesday after travelling to Europe.

All patients are under medical observation along with their families, the Chilean health ministry said, adding that others in contact with the patients will be closely watched.

The Official Journal of the Republic of Chile on Saturday published a decree expanding the abilities of the health ministry to fight the virus.

The decree also discussed the possibility of mandatory use of masks in public places, delivery of disinfectants and drugs to targeted groups, and prohibition of certain planes from disembarking.

Brazil confirmed another five cases on Saturday, bringing the country's total to 19.

The country's latest patient is a 52-year-old woman who has recently returned from a trip to Italy, the Rio de Janeiro Secretariat of Health said in a release.

"The patient is in isolation in her home," it said.

Another 52-year-old woman was sent to the hospital in the country's Federal District, after a recent visit to Italy.

All patients will continue to be closely observed to determine how the virus develops in a tropical climate, said Brazilian authorities.

The Argentine government has established a special two-week permit that will exempt anyone linked to travel to countries of large outbreaks from duty.

According to Claudio Moroni, the minister of Work, Employment, and Social Security, the permit is aimed at an "urgent need to isolate people who may eventually suffer from the disease."

All recipients of special permits are advised to stay at home for two weeks with limited contact with others.