Latin America on March 28 reported a general increase in the number of COVID-19 cases and deaths in the region, which prompted further measures to prevent the spread of the coronavirus.

Chile reported 1,909 cases with six deaths. Following the declaration of a 90-day state of emergency over the health crisis last week, the Chilean government has enacted a number of measures, including an overnight quarantine and the closure of national borders to non-residents.

The first death from the coronavirus was reported in Cuba on Saturday, bringing the total to 119, said the Ministry of Public Health. 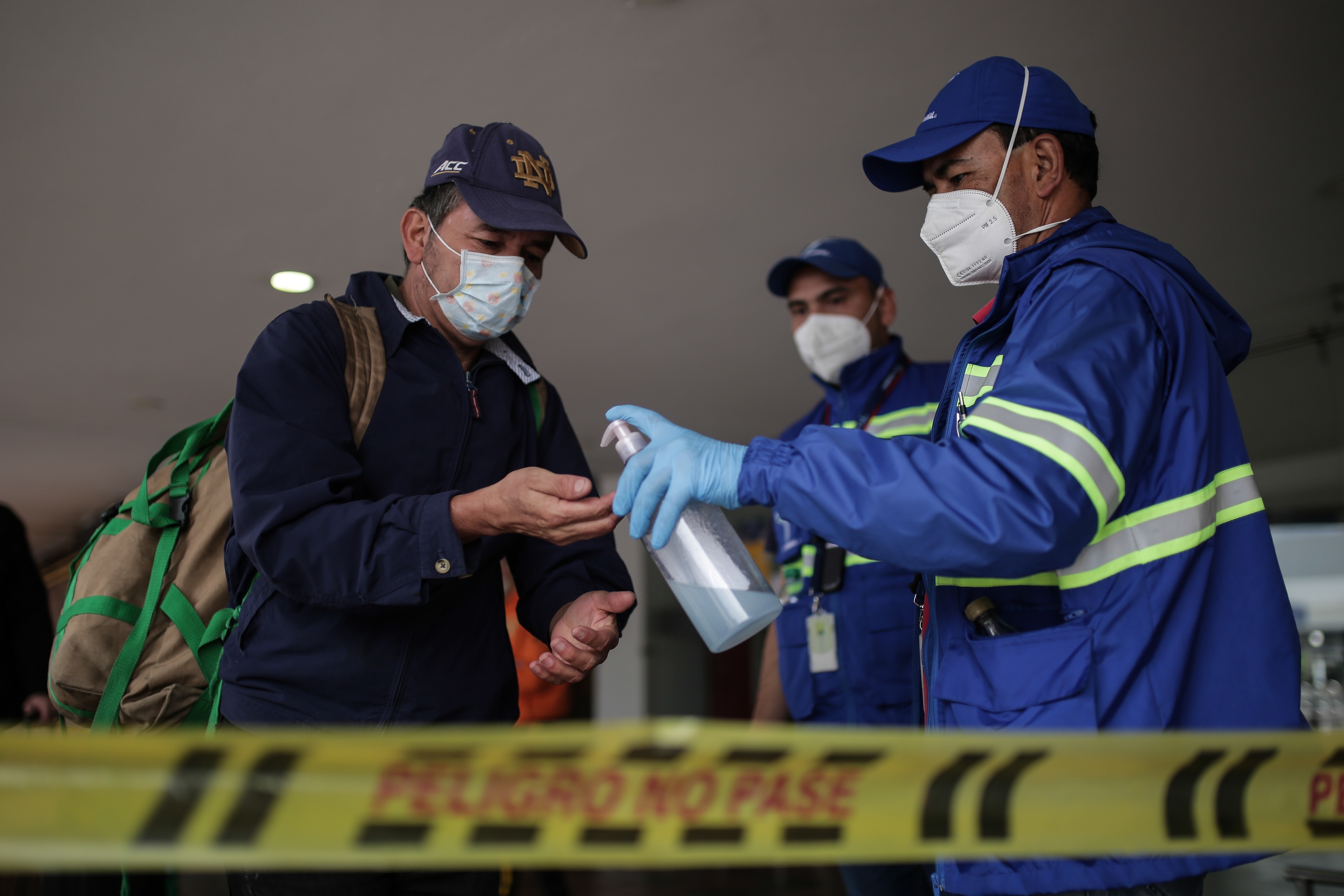 A staff member disinfects hands for a passenger at a coach terminal in Bogota, Colombia, March 24, 2020. (Photo: Xinhua)

In Colombia, the number of confirmed cases increased from 539 to 608, the Ministry of Health and Social Protection reported on Saturday, with most of the new cases registered in the capital of Bogota.

Authorities in several cities across the country have begun to adapt exhibition centers and other large venues for receiving future coronavirus patients.

Ecuador announced on Saturday that the total number of COVID-19 case in the country has risen to 1,823 with 48 deaths.

Ecuador's Integrated Security Service, known as ECU 911, reported that it has received 9,723 complaints of gatherings of more than 30 people during the health emergency. Large gatherings have been banned by the government in an effort to combat the virus.

The government also announced on Saturday that non-essential traffic would be restricted to only two days a week, depending on the plate number of vehicles.

Mexican health professionals in four northern states on Saturday held a video conference with Chinese health experts from the southern Chinese city of Dongguan who shared the experience in fighting the virus and gave insight on how to control the epidemic.

"The learning curve of our doctors is reduced when exchanging experience with doctors who have had much contact with COVID-19 patients," said Alonso Perez, secretary of health for the state of Baja California.

Also on Saturday, the Argentine government announced that it has begun distributing medical supplies to health centers throughout the country, as the number of COVID-19 cases in the country has increased to 690 with 17 deaths.

The Brazilian government announced that the country's total number of cases has risen to 3,904 with 114 deaths, urging citizens to continue taking preventive measures such as social distancing and self-isolation.

The Dominican Republic raised the number of cases in the country to 719 on Saturday, with 28 deaths reported.

On Saturday, Peru raised its total to 671 cases with 16 deaths, compared with a total of 95 cases with three deaths in Honduras and 295 cases in Costa Rica.