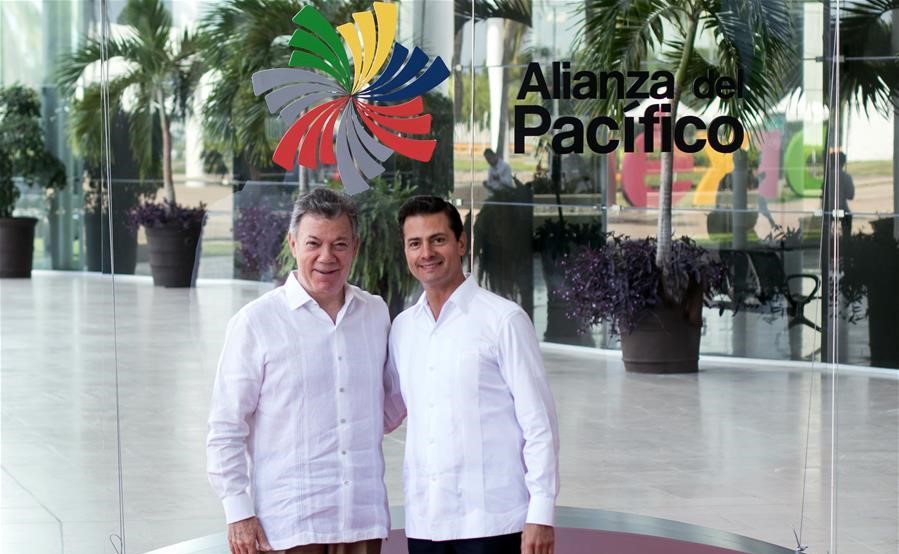 Heads of state of the Pacific Alliance and Southern Common Market (Mercosur) gathered in Mexico's Pacific Coast resort of Puerto Vallarta for the 13th Pacific Alliance Summit held on July 23-24.

"Today we approved a joint declaration in which we endorse our commitment to free trade that benefits social inclusion," summit host and Mexican President Enrique Pena Nieto said, following the signing of the document.

Accompanied by his counterparts from alliance members Chile, Peru and Colombia, as well as Mercosur's Brazil and Uruguay, Pena Nieto added: "We presidents are sending the world a clear signal that together we are promoting regional integration and free trade."

"We are convinced that opening up trade and respect for the multilateral trade system are essential for the economic growth and sustainable development of our countries," said Pena Nieto.

They also agreed on an action plan that is considered a roadmap for strengthening trade and cooperation in a range of fields, including helping small- and medium-sized companies access global markets and promoting the knowledge economy.

When referring to the plan, Pena Nieto said: "The nations of the Pacific Alliance and Mercosur have taken our first step towards bringing our blocs closer together."

The two leading trade and integration blocs together receive 88 percent of the region's total foreign direct investment and account for 85 percent of the GDP in Latin America and the Caribbean, according to figures from the Mexican government.

The 13th Summit of the Pacific Alliance marked the first official gathering of the two blocs.