Six of America's late-night television comedy hosts — five of them white men — turned serious after the nation's weekend of unrest following the death of George Floyd to suggest they and others need to do more than talk about racism. 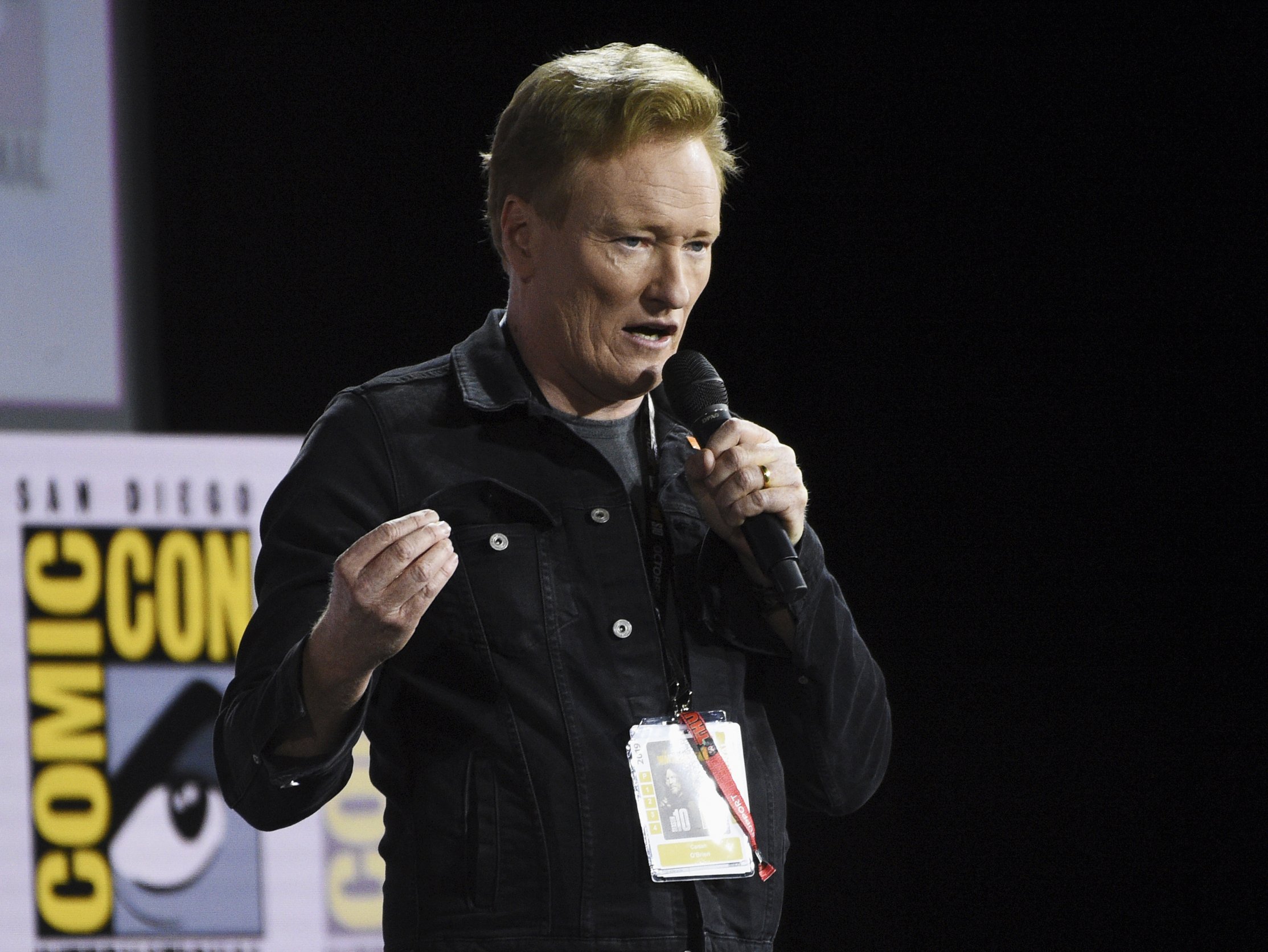 In this July 18, 2019, file photo, Conan O'Brien introduces Tom Cruise to present a clip from "Top Gun: Maverick" on day one of Comic-Con International in San Diego. (Photo: AP)

It has become a ritual — a somewhat inexplicable one, as TBS' Conan O'Brien noted — for these comics to come on the air after acts of terrorism, school shootings or other national traumas to try and make sense of them for their audiences. Floyd died May 25 after a white Minneapolis police officer pressed his knee into the handcuffed black man's neck for several minutes, even after he stopped moving.

Instead, O'Brien said it was important to listen to people who have direct experience with "our national crisis," the fact that much of the black community in the United States doesn't feel safe, seen or heard.

He brought on CNN's Van Jones as a guest. That's one thing O'Brien had in common with Stephen Colbert, Jimmy Fallon, James Corden and Seth Meyers: They all invited black guests or, in Corden's case, collaborator Reggie Watts, to talk about the issue after saying their piece.

Trevor Noah of Comedy Central's "The Daily Show" brought a different personal experience, having grown up in South Africa with a white father and black mother. He offered a serious, expansive monologue that touched upon the coronavirus' impact on minorities, the New York woman who recently told police she was being threatened by an African American man in Central Park, and George Floyd.

To feel threatened by law enforcement feels to many blacks like they're being held to a standard that some responsible for enforcing laws don't adhere to themselves, he said. Noah said he understands the mentality that leads to looting when many whites can't.

"Try to imagine how it feels to be a black person when they watch themselves be looted every day," Noah said, "because that's what's happening in America. Police in America are looting black bodies."

NBC's Fallon, like all of the hosts speaking from home because of COVID-19 restrictions, noted how the Floyd story coincided with his own personal issues.

Fallon recently apologized after stories emerged about how he appeared in blackface to impersonate Chris Rock in a 2000 "Saturday Night Live" skit. He said he was advised to keep quiet when people talked about him online, but he realized he had to talk about it.

"What that small gesture did for me was break my own silence," the "Tonight" show host said. "Staying silent was the biggest crime that people like me can do."

"We need to start saying 'it not OK,' more than just one day on Twitter," said Fallon, who later spoke on the air with NAACP President Derrick Johnson.

Unlike the others, Colbert and Meyers mixed jokes into their monologues, but there was no mistaking their messages.

"Take it upon yourself to be a leader and set an example of the kind of country you want to live in," he said. "That might mean going down to a protest or making a donation, or having a tense conversation about race.

"You're not going to get that from the White House," he said. "So we need to step up and provide it ourselves. Because America is officially BYOP, bring your own president."

Meyers was sickened by the amount of money local communities spend on policing.

"We spend more on the system that punishes and devalues black lives than we do on the things that reaffirm and value black lives and allows people to live lives of safety, decency and health," he said.

Corden, from Britain, seemed shaken on his CBS show.

"I feel hopeless," he said. "I don't have the answers. But I do want to do more. I want to learn more and let that be a start."