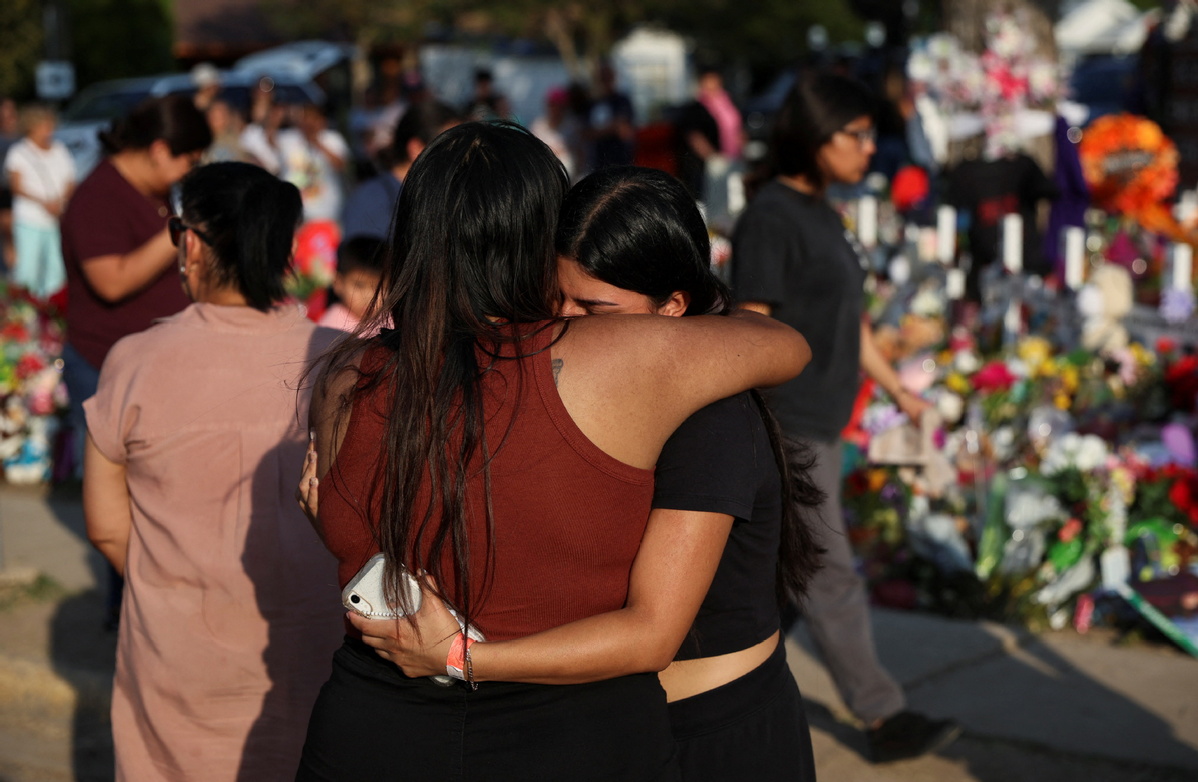 Women embrace as people gather at the memorial at Robb Elementary School, where a gunman killed 19 children and two teachers in the deadliest US school shooting in nearly a decade, in Uvalde, Texas, US May 30, 2022. [Photo/Agencies]

The latest gun violence and tragic mass shootings in the United States pointed to the political cowardice of a large portion of the country's elected leadership, said an article published on The New Yorker's website on Sunday.

In a single ten-day stretch in May, 44 people were murdered in mass shootings throughout the country - "a carnival of violence that confirmed, among other things, the political cowardice of a large portion of our elected leadership, the thin pretense of our moral credibility, and the sham of public displays of sympathy that translate into no actual changes in our laws, our culture, or our murderous propensities", said the article.

"The circumstances that allow for the mass murder of children are inherently political," said the article.

"The legal access to the weaponry involved is political" and "the most visible people refusing to see these things as political happen to be elected to political office," it noted.

Moreover, "some of this is on Second Amendment fundamentalists and the politicians who translate their zealotry into law - the rest is on every one of us who has yet to find the courage, the creativity, or the resolve to stop it," said the article.