Latin American and the Caribbean on Monday surpassed five million coronavirus cases, according to an AFP tally, more than half of which have been registered in Brazil. 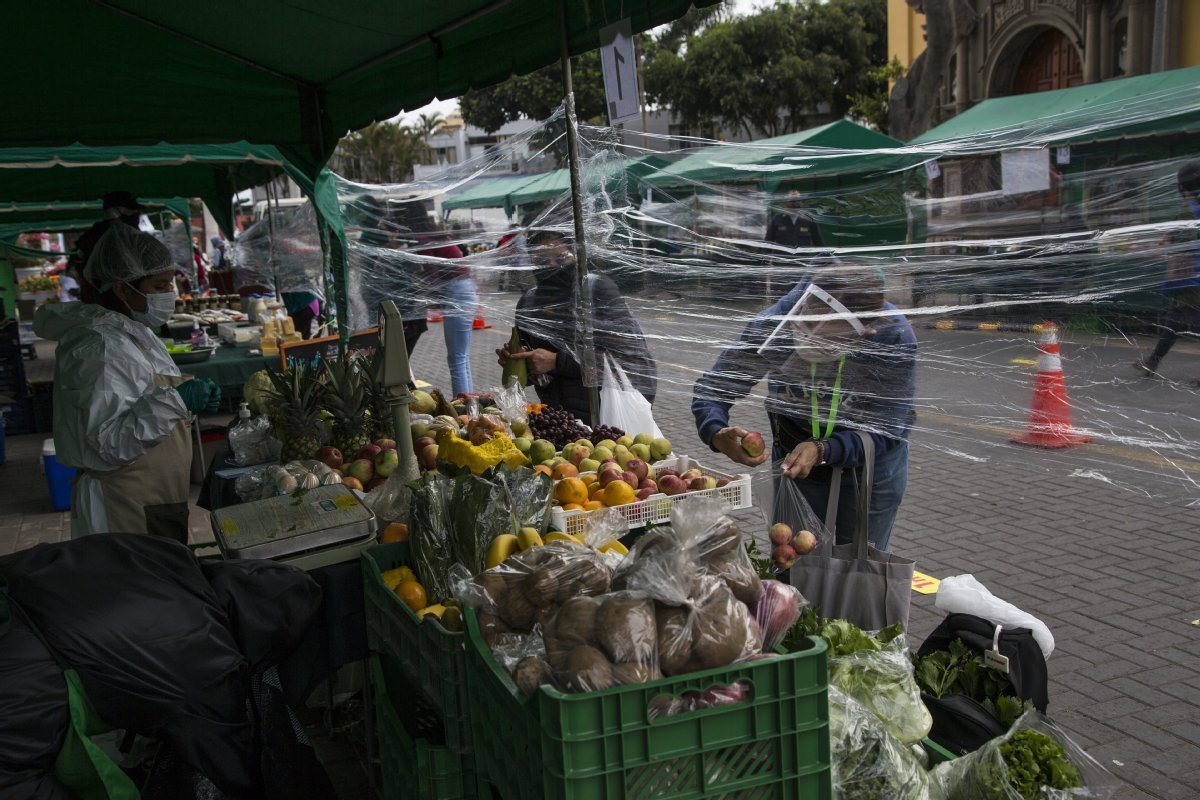 Women buy vegetables through a protective plastic, due to COVID-19, in a street market in Barranco neighborhood, in Lima, Peru, on Saturday. (Photo: AP)

Alongside the cases, there have been more than 200,000 deaths from COVID-19 in the region.

Only the United States with 4.8 million cases and almost 155,000 deaths has been worse affected than the South American giant.

The second worst affected country in the region is Peru with almost 429,00 cases and more than 19,600 deaths.

Peru, which a month ago began a gradual easing of lockdown restrictions in 17 of its 25 regions to kick start its ravaged economy, has seen a "significant" second wave of cases, the government said.

Bus and air travel have resumed, since when the number of daily cases has almost doubled from around 3,300 to 6,300, according to official figures.

Worldwide more than 18 million have contracted the virus and 680,000 have died of COVID-19.