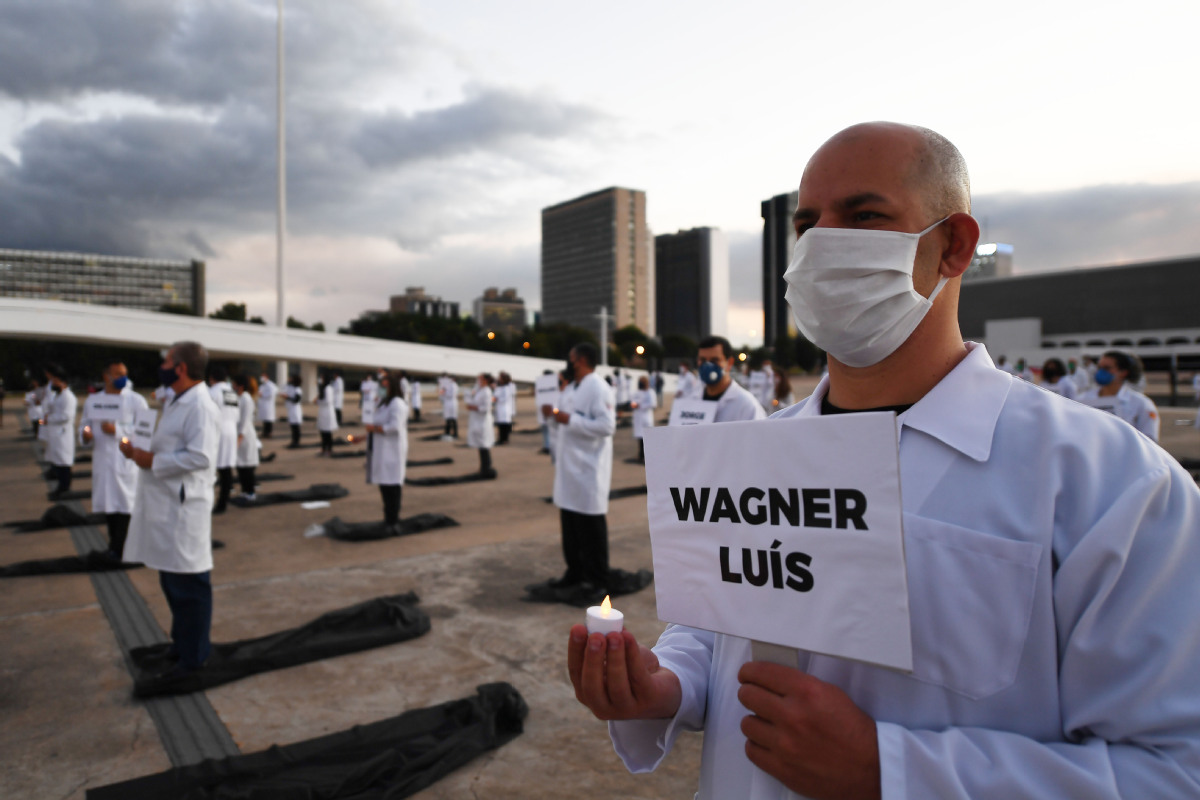 Brazilian nurses honor health workers who have died of the COVID-19, during a demonstration in Brasilia, on May 12, 2020. (Photo: Agencies)

SAO PAULO－Latin America is bracing for the peak of the coronavirus pandemic expected this month with stricter social distancing rules and beefed-up healthcare systems.

Brazil, the Latin American country hit hardest in the outbreak, appears to be quickly becoming a new global flashpoint as it registered its most COVID-19 deaths for a single day on Tuesday.

Experts say under-testing means the real numbers in Brazil are probably far higher, as the country only tested people who end up in hospital, said Domingo Alves, one of the authors of a study published last week that estimated the real number of infections in the country was 15 times higher than the official figure.

The Chilean government has expanded its lockdown measures to 30 more communities, mainly in the capital Santiago and the metropolitan area, to combat the upcoming peak of the pandemic.

The defense ministry also warned that the mandatory social distancing measures will be enforced by the police and military, and harsher penalties will be handed out to those who violate the regulations.

Cuba on Tuesday reported 21 new cases, taking its total to 1,804 with 78 deaths, placing the island's mortality rate at 4.3 percent.

With the mosquito-borne disease dengue expected in the coming months, the island country may have to grapple with "two potentially very powerful enemies", state media Granma has said.

In Mexico, the top advisory body on the pandemic says it has issued guidelines that would allow for the reopening of construction, mining, and car and truck manufacturing, despite seeing 353 deaths in its most lethal day yet in the outbreak.

Mexico's General Health Council said that following a Tuesday meeting it had decided to classify those industries as "essential activities" that are allowed to continue working during a lockdown aimed at fighting the spread of the virus.

The council did not set a timeline for when the reopening would begin. But it said that by June 1, a stoplight system should be in place to tell communities what activities are allowed.

The council also said that restrictions on schools and businesses should be lifted in townships that have no cases of COVID-19 and whose neighboring townships also have no cases. As of Tuesday, Mexico had 38,324 confirmed coronavirus cases and 3,926 deaths.