Latin America and the Caribbean passed one million coronavirus deaths on Friday as the IMF proposed a $50 billion plan to end the pandemic, aiming to expand global immunization drives. 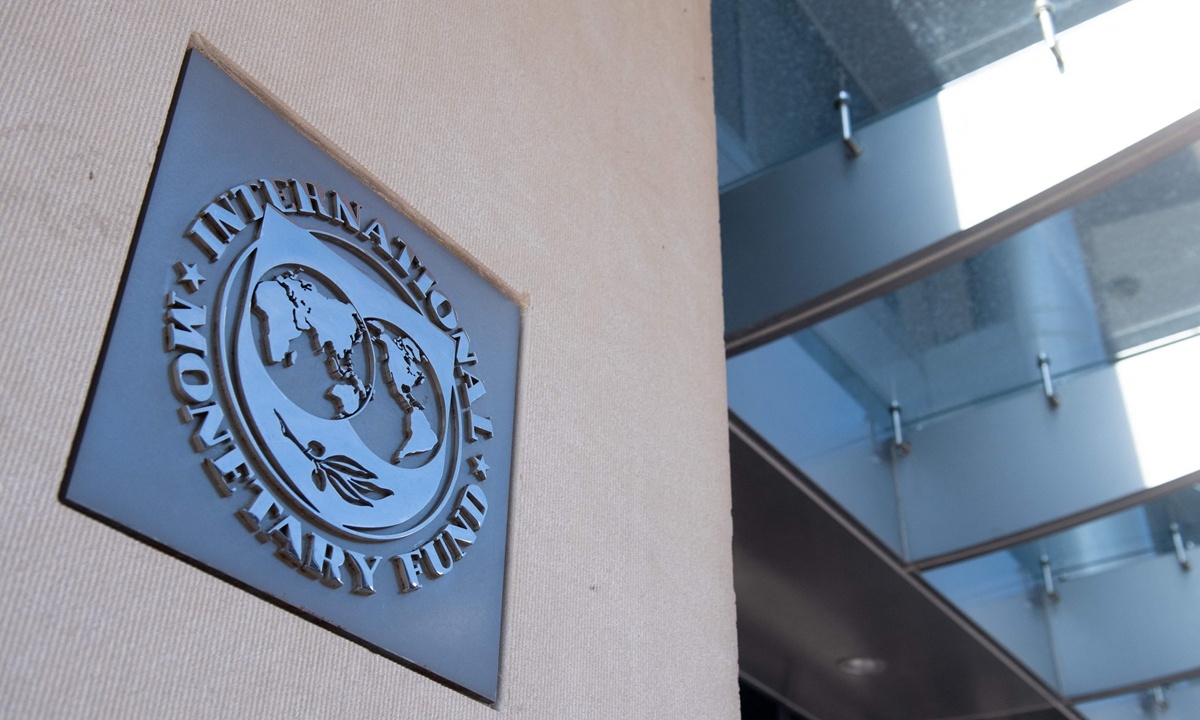 A sign is seen outside the headquarters of the International Monetary Fund (IMF) in Washington DC, the US, on April 15, 2020. Photo: VCG

Since the coronavirus was first detected in Latin America in Sao Paulo in late February 2020, AFP has recorded over 1,001,400 fatalities - almost 30 percent of the global total - and more than 31.5 million cases.

Nearly 90 percent of those deaths have been recorded in just five countries: Brazil, Mexico, Colombia, Argentina and Peru. "People aren't taking care, none of us are being careful and we want to go out and travel," said Alicia Sepulveda, a resident of Buenos Aires, Argentina, a country that will go on a nine-day lockdown beginning Saturday after President Alberto Fernandez said it was facing its "worst moment" yet in the pandemic.

Latin America suffers from a lack of access to vaccines and necessary medical supplies, and has only finished immunizing 3 percent of its population, according to the Pan American Health Organization (PAHO).

Globally, the real number of dead from the pandemic was "at least two to three times higher than officially reported," Samira Asma, the World Health Organization's assistant director-general in charge of data told reporters.

In Washington, the International Monetary Fund proposed a $50 billion recovery plan with the aim of having at least 60 percent of the world's population vaccinated by the end of 2022. The amount pales in comparison to the massive stimulus rolled out by rich nations, including the latest $1.9 trillion US package.

"One of the key messages of this proposal is that the amount that's needed is not very big," said IMF chief economist Gita Gopinath.

Vaccine firms meanwhile pledged to supply billions of doses to poorer nations by the end of 2022 at the Global Health Summit in Rome, which was part of the G20 talks.

Leading COVID-19 vaccine makers Pfizer, Moderna and Johnson & Johnson promised 3.5 billion doses at cost or discount to middle- and low-income countries in 2021 and 2022. "It is a very clear 'no' to health nationalism," European Commission chief Ursula von der Leyen told the G20 after the EU pledged 100 million doses and to invest in manufacturing hubs in Africa to reduce reliance on imports.